Nostalgic viewers are drawn to ‘Ode’

Nostalgic viewers are drawn to ‘Ode’ 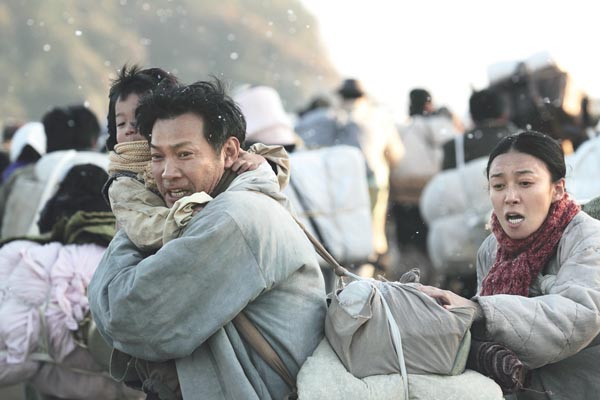 In his 10s - Hungnam Ev. In history: Deok-soo is separated from his his younger sister and father when he boards a ship heading to the south. In movie:During the 1950-53 Korean War, the allied forces evacuated about 90,000 refugees in 193 ships after deciding to retreat due to the human-wave strategy of the Chinese Communist army.

In a week where Korean films have sold well at the local box office, the success of “Ode to My Father” certainly stands out. 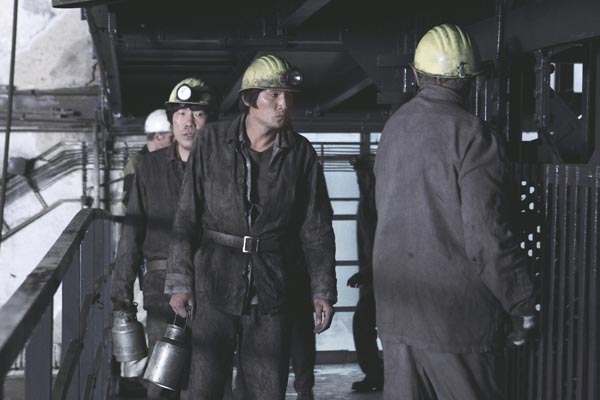 In his 20s - Dispatch to Germany: In movie:In order to earn money for his younger brother’s tuition fees, Deok-soo applies to go to Germany as a miner and works there for three years. In history:Due to financial difficulties from 1963-77, the Korean government sent 20,000 miners and nurses to Germany to earn foreign currency.

Three domestic movies dominated the top three box-office slots this weekend, including documentary “My Love, Don’t Cross That River,” which pulled at the heartstrings of audiences by showing the endearing love of an elderly couple. 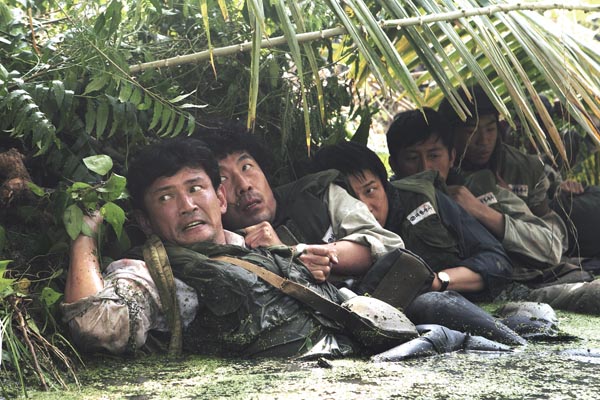 In his 30s - Vietnam War: In movie: Now, Deok-soo has to earn a marriage fund for his younger sister. Entering his 30s, Deok-soo goes over to Vietnam, which is still involved in war, as a laborer to make money. In history: During the Vietnam War (1960-75), the Korean government sent more than 300,000 soldiers.

But the baton has been handed over to a story about the patriarchal figures in our nation. 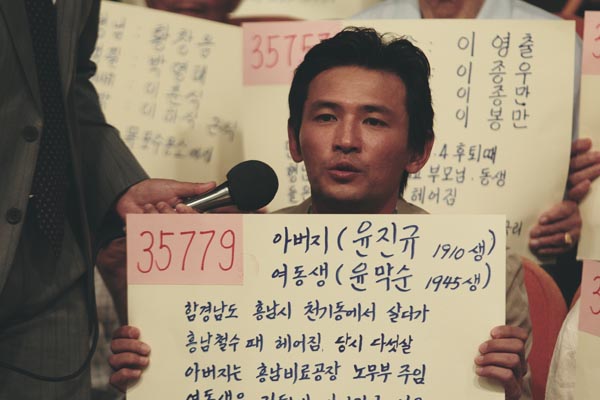 “Ode to My Father,” which opened in local theaters on Dec. 17, has firmly grabbed the No. 1 spot for two consecutive weeks, pulling in 4.2 million viewers and making 11.3 billion won ($10.3 million) as of Monday. 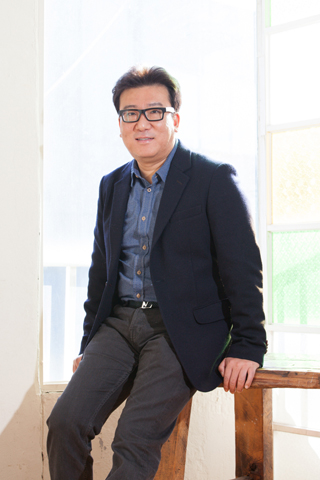 A day after opening, the film had already outperformed the much-anticipated Hollywood blockbuster “The Hobbit: The Battle of the Five Armies.”

The finale of Peter Jackson’s Hobbit trilogy landed in fourth place over the weekend.

Considering the speed at which “Ode” is sucking in the audience, industry insiders are saying that it may go shoulder to shoulder with “The Masquerade” (2012), which scored an audience of 10 million.

With the movie’s success, a new light is being shed on Korea’s modern history, which the movie is set in. Deok-soo, played by Hwang Jung-min, is central to the plot, which addresses pivotal historical events such as the Hungnam evacuation during the 1950-53 Korean War, the dispatch of miners and nurses to Germany in the 1960s, the Vietnam War, and also the reunions of separated families of North and South Korea in the 1980s.

In the movie, Deok-soo becomes the head of the family at a young age because his father disappears during the Korean War. Struggling through deep poverty, Deok-soo makes sacrifices to earn food for his family throughout his teens to his 40s.

He is a representative figure of Korea’s fathers from this generation.

Generally, a movie first becomes a hit among moviegoers in their 20s and starts to slowly gain support from the middle-aged demographic.

However, the biggest contributor to the popularity of “Ode” was people in their 40s, who took up 34.5 percent of ticket sales, according to statistics collected by CGV as of Wednesday.

Those in their 20s recorded 33.9 percent while people in their 30s accounted for 26.9 percent.

In contrast, the majority of viewers who flocked to “My Love” were in their 20s.

“People who are currently in their middle ages have always been depicted as sacrificial figures,” said movie critic Kang Yoo-jung.

“From seeing the story of their parents who have become the elders now, they must have felt some kind of condolences from acknowledging the fact that they were also once the children of someone and that they, too, have devoted fathers.”

Koreans who have had similar experiences to Deok-soo empathized with the character.

“Audiences who lived around the era in which Deok-soo lived will feel like that the movie is an ode to themselves and feel nostalgic and comfort,” said film critic Kim Hyung-seok.

“Ode” takes on several important historical issues that have happened in Korea, but it does not include specific perspectives that could end up creating political divides.

Considering the success of “The Attorney” and “Roaring Currents,” which scored huge box-office numbers by reflecting on certain political and social ideologies, it is clear that “Ode to My Father” is taking a different path.

“As a countereffect of feeling uncomfortable with overly social movies, people were looking for a human drama at which they could just simply cry and laugh,” said Kang.

Director Yoon Je-kyun, who was also behind the movie “Haeundae” (2009), which had more than 10 million viewers, said that he intentionally excluded any political point of views.

“I could have melded my own political opinion in the movie, but I completely eliminated it,” he said.

“I just wanted to tell the story of our parents who endured hardships in severe poverty.

“I hope people in the younger generation will watch this movie with their parents and talk about it afterwards.”

Crime movie “The Con Artists,” starring up-and-coming Hallyu star Kim Woo-bin and Lee Hyun-woo, was in second place with an audience of 662,686, followed by “My Love.”