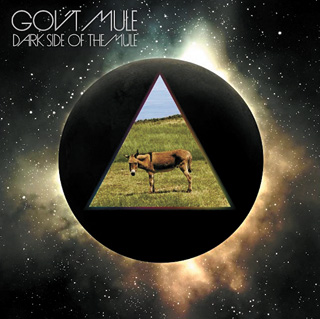 “Dark Side of the Mule”

When you’re playing music for 20 years with the caveat that no two shows will ever be the same, you had better write a lot of music, or cover some great songs. Gov’t Mule does both pretty well, most notably during a Halloween concert in Boston back in 2008. For that marathon show, the jam band played some of their own songs, then covered Pink Floyd in the next two sets.

The album title is a play on words, obviously referring to Pink Floyd’s seminal 1973 album, “Dark Side of the Moon,’’ and while that record is nicely represented here, this collection includes 14 other songs of varying lengths. There’s an abbreviated version of the “Dark Side’’ album that goes from “Breathe (in the Air)’’ to “Money,’’ but it’s the more intense versions of “Comfortably Numb,’’ and “One of These Days,’’ and even the more obscure “Fearless’’ that stand out.

The magic with this collection lies in how well it honors the original material, without sounding like a bunch of tired old covers. Given the fact the band doesn’t like to repeat shows, this live recording may be the closest you get to hearing them cover Pink Floyd. AP