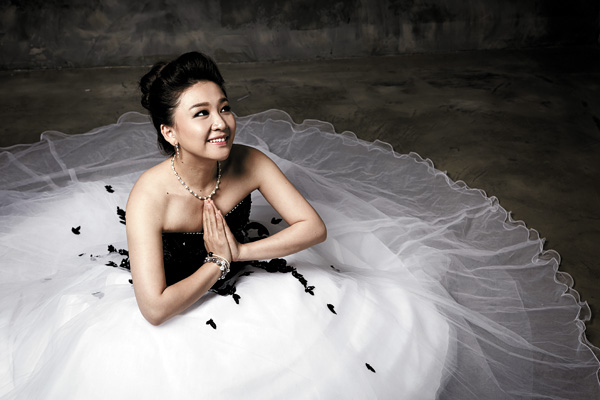 There are many ways to enjoy New Year’s Eve. While some may prefer the active year-end culture of partying with alcohol and loud music, others have found a way to mark the start of the new year in their own style.

For some Koreans, it has become an annual tradition to head to concerts at major art centers to celebrate Dec. 31. 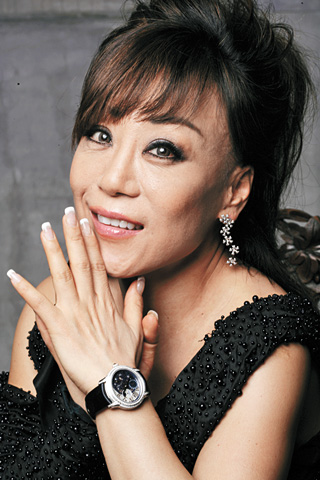 Soprano Sumi Jo, will sing at the Sejong Center for the Performing Arts in central Seoul on Tuesday evening.

The charm of these shows, fans say, is that you can listen to a series of classical pieces while also counting down to the new year with the artists, experiencing fireworks and setting off balloons with personalized wishes for the coming year.

Sejong Center for the Performing Arts is inviting classical music fans to “Memories 2014” on Tuesday evening, the day before its “Promise 2015” concert kicks off on New Year’s Eve. 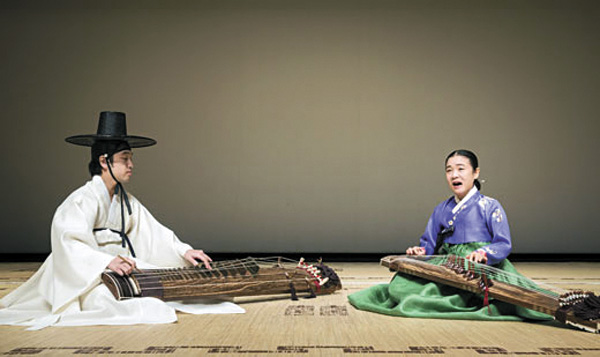 Pansori, or traditional narrative singing, master Ahn Sook-seok, right, will perform with her juniors at the National Theater of Korea on Wednesday evening.

According to the arts center, world-renowned soprano Sumi Jo will lead the show.

The concerts are perfect for families and friends to reflect on their memories of 2014 and look forward to 2015, according to their organizer.

The soprano will share the stage with the Asian Classical Players Orchestra as well as other artists, including tenor Yoon Young-seok, cellist Yang Sung-won and pipe organist Shin Dong-il.

For “Promise 2015,” attendees will see six singers come together to perform hit numbers from popular musicals that have previously been performed in Korea.

For those who don’t want to stay up until midnight, singers such as Im Tae-kyung, Min Young-gi, Ock Joo-hyun, Shin Young-sook, Im Hye-young and Jeon Dong-seok are holding two concerts that evening: one at 7:30 p.m. and another at 10:30 p.m.

The audience will be able to listen to various numbers from sell-out musicals such as “Cats,” “Mozart!” and “Rebecca.”

Fans of gugak, or traditional Korean music, won’t be let down on New Year’s Eve, as the National Theater of Korea has organized a special concert that brings together an R&B group, a harmonica player, members of the National Orchestra of Korea - composed of gugak musicians - and the K-Beat Ensemble, a gugak percussion band.

The performance will cross genres, with pieces as varied as “You Raise Me Up” and ’90s Korean R&B group Solid’s “Holding Onto the End of This Night.”

On the same day in Small Hall Dal there will be a New Year’s Eve concert by pansori, or traditional narrative singing, master Ahn Sook-sun and her juniors, including Han Seung-seok, Lee Seon-hee and Jo Jeong-hee.

They will perform “Heungbuga” together and present an “exhilarating evening to wrap up the year 2014,” according to the organizer.

The post-countdown fireworks are the highlight of the National Theater of Korea’s New Year’s Eve concert. From 11:50 p.m., when all the performances are over, the venue promises “spectacular fireworks” until 12:20 a.m.

For more information about performances at the National Theater of Korea, call (02) 2280-4114 or visit http://www.ntok.go.kr/english.

Seoul Arts Center also attracts hundreds of classical fans to its New Year’s Eve show every year. This year in the Concert Hall, international soloists such as soprano Kathleen Kim, baritone Joseph Lim and pianist Kim Tae-hyung will perform with the Korean Symphony Orchestra under the baton of Lee Byung-wook.

The arts center is also known to attract audiences because of its spectacular fireworks after the countdown to midnight, which are stunning against the center’s architecture and surroundings.