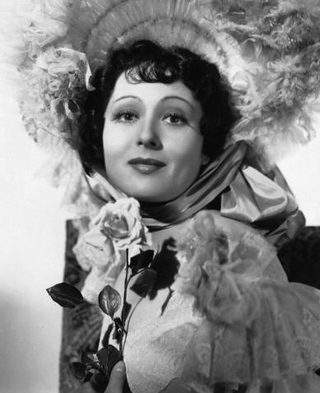 LONDON - Luise Rainer, a star of cinema’s golden era who won back-to-back Oscars but then walked away from a glittering Hollywood career, has died.

Rainer, whose roles ranged from the 1930s German stage to television’s “The Love Boat,’’ died Tuesday at her home in London from pneumonia, said her only daughter, Francesca Knittel-Bowyer.

“She was bigger than life and can charm the birds out of the trees,’’ Knittel-Bowyer said. “If you saw her, you’d never forget her.’’

The big-eyed, apple-cheeked Rainer gained Hollywood immortality by becoming the first person to win an acting Academy Award consecutively, taking the best actress prize for “The Great Ziegfeld’’ in 1936 and “The Good Earth’’ in 1937.

It’s a feat since achieved by only four other actors.

Those trophies marked the peak of Rainer’s career, which declined so rapidly that many considered her an early victim of “the curse of the Oscars.’’

She fought with her studio over control of her career, fled Hollywood for New York and suffered through a brief, unhappy marriage to the playwright Clifford Odets.

By the early 1940s, her stardom had essentially ended.

Rainer herself described the double victory as the worst thing that could have happened to her.

“When I got two Oscars, they thought, ‘Oh, they can throw me into anything,’’’ Rainer told The Associated Press in a 1999 interview. AP