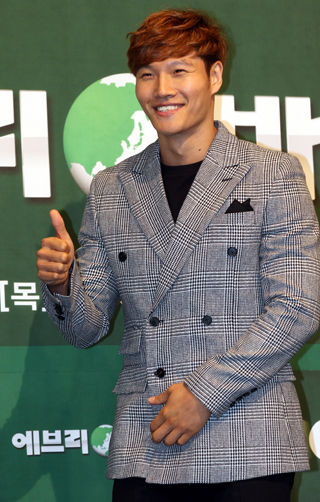 Singer Kim Jong-kook has been chosen as one of the hosts of the upcoming 2015 Golden Disc Awards, which will be held in Beijing next month.

The “Running Man” star will present the first day of the awards ceremony on Jan. 14, alongside professional MC Kim Sung-joo and Fei, a member of girl group Miss A.

In variety show “Running Man,” Kim has become a star because of his masculine image.

A Chinese version of the same show also airs on a cable channel in China.

On the second day of the awards on Jan. 15, Lee-teuk of Super Junior, Tiffany of Girls’ Generation and professional MC Jun Hyun-moo will host the awards.

The organizer of the Golden Disc Awards said in a press release on Tuesday, “All the MCs were selected considering their fan base in China along with their foreign-language proficiency.”

In Korea, the awards show will air on JTBC. Along with the award ceremonies, K-pop stars and indie musicians will perform at the awards.