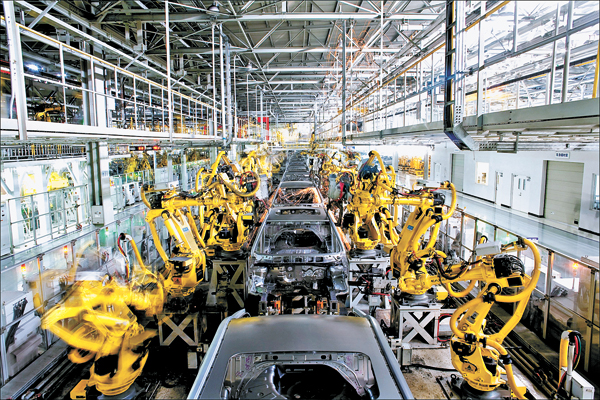 The nation’s leading automaker Hyundai Motor and its sister company Kia Motors will establish two factories in China to meet growing demand in the country’s central and western regions. Hyundai said their current capacity in China of 1.95 million units will grow to about 2.7 million units by 2018.

Hyundai Motor said on Tuesday it will build its fourth Chinese factory in Changzhou in Hebei Province, which is near the country’s capital of Beijing. The company said the factory in Hebei will produce about 300,000 units per year. It will be built on 2.09 million square meters of land (516 acres) in Changzhou and construction will begin in the second quarter of next year with a goal of manufacturing small cars in the second half of 2016.

The company said the Hebei factory will be only 200 kilometers (124 miles) away from its Beijing factory, which allows cooperation with parts-producing partners and to use its distribution base in the port of Tianjin. The company added that the region’s overall infrastructure including airports, rails and roads are under development by the Chinese government, which is trying to develop a large economic zone within the three cities of Beijing, Tianjin and Hebei.

The Chinese government expects the area to be the country’s new economic growth engine. Hyundai wants to dominate the market as the only global automaker in the region. 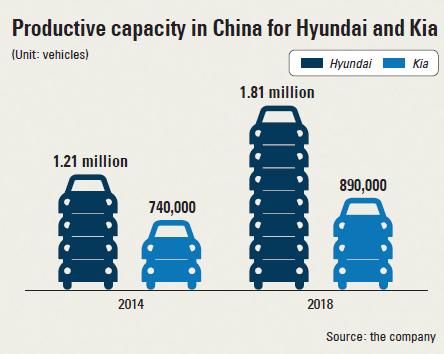 In the third quarter next year, Hyundai will start building another factory in Chongqing, which will be its fifth facility in China. The factory will be built on a 2 million square meters and is expected to produce about 300,000 cars per year. The company added that it will start mass production of small and midsize cars in the first half of 2017.

Like the Hebei plant, Hyundai said the factory in Chongqing will provide a huge opportunity to expand the company’s market share in China. The city has 30 million residents and the city had 12.3 percent of GDP growth in 2013, much higher than China’s 7.7 percent growth rate that year. Chongqing is the only city under the direct control of the central government in China’s midwest region.

Since it is a well-developed city that is located close to an international airport, other foreign car companies such as Ford and General Motors are already operating production lines there.

Hyundai’s sister company Kia Motors also wants to sell more China-built cars in the country. It said that it will expand its factory in Yancheng, which can produce up to 300,000 cars a year, to produce 450,000 cars by 2016.

Kia’s sales started increasing since the factory started operating earlier this year thanks to the popularity of its small sedan K3. Total sales from January to November were 528,821 units, which was a 16.1 percent increase from a year ago.

By completing the expansions, the two companies will be capable of producing about 2.7 million cars by 2018. “We expect to be the third-largest global automaker in China,” said a spokesman of Hyundai.