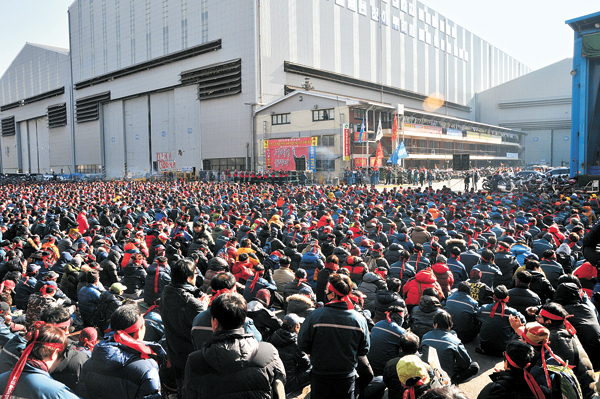 Union members at Hyundai Heavy Industries hold a four-hour strike on Tuesday at its plant in Ulsan. It was their fourth strike since wage negotiations fell through. Korea’s largest shipbuilder started wage talks in May. There have been more than 70 meeting between the two sides, but they have failed to reach an agreement. [NEWSIS]