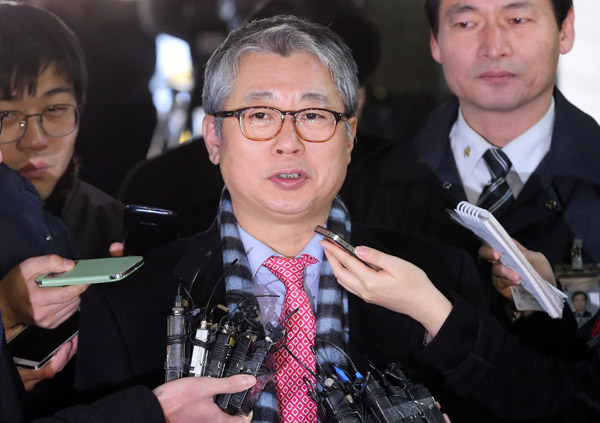 Cho Eung-cheon, the former presidential secretary for civil affairs, appears at the Seoul Central District Court in southern Seoul on Tuesday to attend his arrest warrant review hearing. The court’s decision was set to be made late and was not available at press time. He is charged with leaking a Blue House report that alleges that a former aide to the president met secretly with three presidential secretaries to wield influence in state affairs. By Kim Sung-ryong