With 2015 comes host of exciting exhibitions

With 2015 comes host of exciting exhibitions 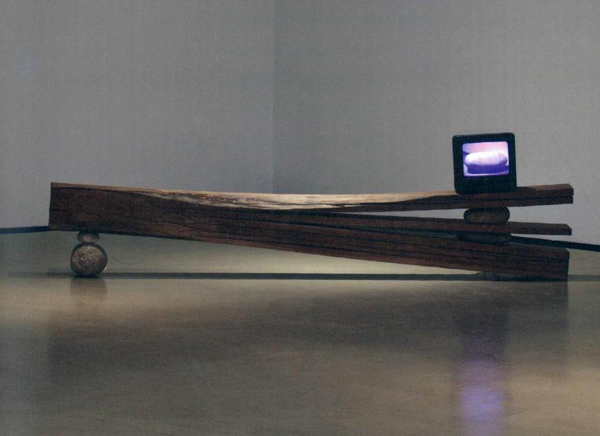 New Year wouldn’t be New Year without resolutions and plans - even museums and galleries buy into the notion. 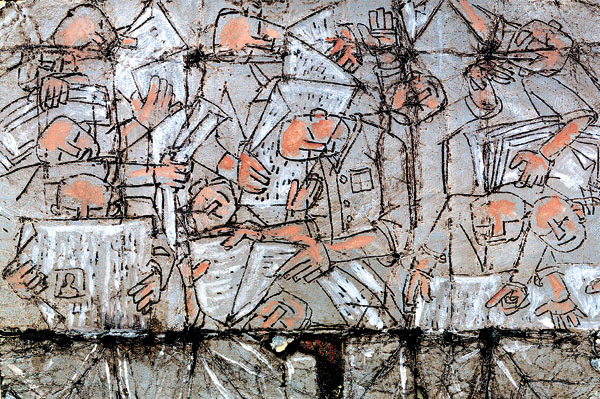 “People Reading the Newspaper” (1950-52) by Lee Jung-seop is to be shown for the first time in Korea.

Local institutions have been laying out blueprints for the year ahead, which looks like it is going to be a great 12 months for art lovers. 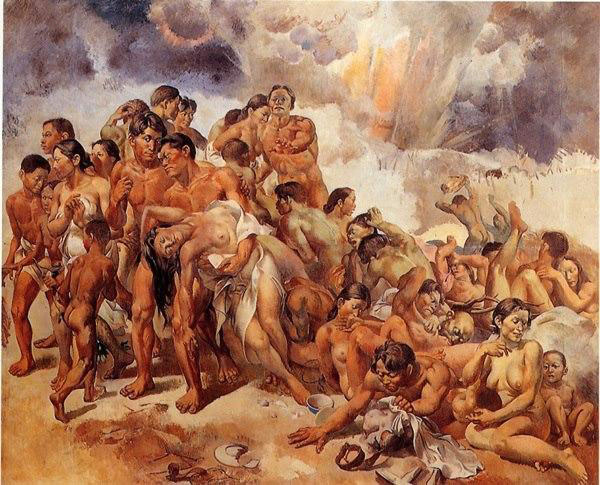 “Large Group of the People” (1948) by Lee Gue-de can be seen at the “Lee Gue-de” exhibition between July and October.

Works by prominent artists such as Jean-Francois Millet (1814-75), Andy Warhol (1928-87), Fernando Botero, William Kentridge and Tracey Emin will be shown at local museums. And there will also be a chance to rediscover some lesser known but important artists, such as Lee Gue-de (1913-65). 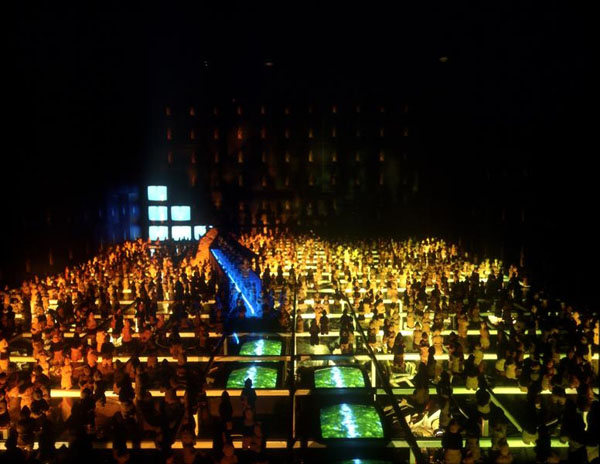 “Clay Icon in Wandering Planets-Korean’s Spirit” (1995) by Jheon Soo-cheon will be exhibited at “Postmodern Art of Korea since 1980s.”

A retrospective for Lee will be held at the Deoksugung branch of the National Museum of Modern and Contemporary Art (MMCA) from July to October. 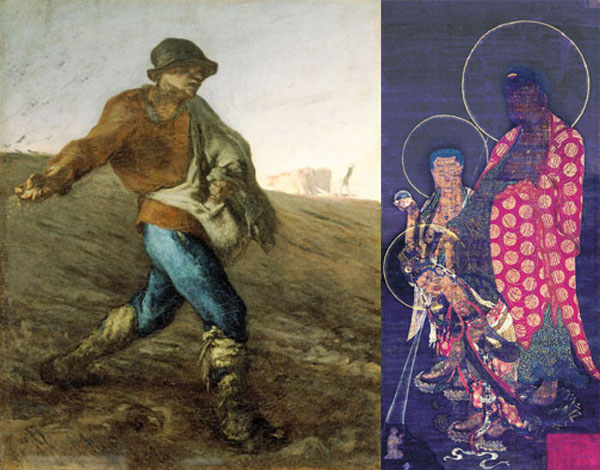 Left:“The Sower” (1850) by Jean-Francois Millet will be shown at “Millet, Barbizon & Fontainebleau,” which starts today at the Seoul Olympic Museum of Art. Right:The 14th-century “Amitabha Triad,” or National Treasure No. 218, will be one of the highlights at an exhibition at the Leeum in the summer. Provided by the organizers

He was considered one of the most talented Korean artists working during the Japanese colonization (1910-45), but discussions about him have been largely considered taboo because he chose to live in North Korea after the 1950-53 Korean War.

Video art is a genre that will be in the limelight this year. The MMCA’s Gwacheon Branch will hold an exhibition on Park Hyunki (1942-2000) from January.

The video artist was thriving locally while his Korean-born contemporary Nam June Paik (1932-2006) was making a name for himself in the West.

Bill Viola will be the focus of another video art exhibition between March and April at Kukje Gallery. He is known to have studied under Paik.

As next year marks the 70th anniversary of Korea’s independence from Japan, there will also be an exhibition dedicated to the division of the Korean Peninsula at the Seoul Museum of Art (Seosomun Branch) between July 21 and Sept. 27.

Pieces by Korean and foreign artists on the ideological and political conflicts between the two Koreas will be on display to seek ways for coexistence and peace, according to the exhibition’s organizers.

A range of shows on ancient Korean art are also planned. Buddhist art, mother-of-pearl art, court murals, royal seals and wooden furniture: You name it and there’s an exhibition on it. Some of the best of the best ancient Korean artifacts will please your eyes and prompt your curiosity about what stories these hundreds or thousands of year old relics could tell.

The National Museum of Korea is planning a large-scale show on Buddhist art starting September to mark 10 years since it moved to its current location, while the Horim Museum is preparing a three-month exhibit on mother-of-pearl items from the Joseon Dynasty (1392-1910) in March.

The National Folk Museum of Korean, in the meantime, is planning an exhibition on Korean and Japanese dining culture starting December.

Some exhibitions are more thematic. There will be an exhibition on women at court in the Joseon Dynasty (1392-1910), which will be held at the National Palace Museum of Korea between April and May.

A show on ancient Korean artifacts that are famous for their incredible detail is slated to be held at the Leeum, Samsung Museum of Art from July to September, too.

Read on for further details of major exhibitions in 2015.

(Please note that the titles of some exhibitions are temporary. The exact dates of some are also uncertain at present.)

The Museum of Fine Arts, Boston, which possesses the highest number of Millet’s works, has spent four years preparing for this exhibition to mark the 200th anniversary of the artist’s birth.

The organizers hope to show how Millet’s realism affected 19th-century art as well as influenced the birth of Impressionism, which came later.

This exhibition on Lee Jung-seop (1916-56) focuses on the softer side of the internationally renowned artist. Although when Koreans think of Lee they visualize his bull painting and its masculine and stout imagery, the organizers of this show say that many of Lee’s works were actually about love and family.

The highlight of the exhibition is perhaps the three paintings Lee created on the metal foil from inside cigarettes. The three pieces, kept at MoMA since 1955, are being shown in Korea for the first time in 60 years.

Drawing is geurim and shadows geurimja in the Korean language. This exhibition explores the relationship between both.

In fact, the exhibition’s organizers allege that people began to draw when they started to study shadows. In this exhibition, pieces from 13 young artists - two Koreans and 11 non-Koreans - in the field of modern painting examine the correlation between the entities.

Columbian artist Fernando Botero is one of the most recognized living artist from Latin America. He is known for his signature style of depicting people in an oversized, exaggerated manner, which creates unique art when coupled with his vivid colors, humor and Latin American aesthetics. About 90 of Botero’s pieces will be shown at the exhibition. Organizers say the show, which also presents the artist’s most recent works, is fun, philosophical and educational.

The exhibition is a large-scale retrospective, perhaps one of the largest, to focus on Lee Gue-de. It includes almost all of the works by the artist known to exist.

Organizers say they hope to highlight the work of Lee, who for a long time was under-appreciated because of stigma towards “pro-North artists,” through his pieces as well as some of his possessions.

Born in Daegu, North Gyeongsang, Lee studied art in Japan. In 1941, with other artists such as Lee Jung-seop, Lee organized the Joseon New Artists Association with the hope of creating a distinct Korean aesthetic. He enlisted as a military artist during the Korean War and chose to live in the North Korea after it ended in a cease-fire.

Postmodern Art of Korea since 1980s

This exhibition is the latest attempt of the National Museum of Modern and Contemporary Art to examine Korean art after the 1980s.

The MMCA has been saying that Korean art after the era, when post-modern characteristics debuted and evolved, needs more study and attention.

Through about 150 works from the period, the organizers hope to understand how the art in that time frame influenced Korean works afterwards.

You no longer have to visit physical buildings to experience Korea’s traditional architecture.

This exhibition attempts to show the beauty and sophistication of traditional Korean architecture in the form of photographs, video clips, mock-ups, blueprints and some other archival data.

At this exhibition, about 1,000 costumes, props, films and scripts from Kubrick’s work will be displayed, providing an opportunity to learn about him and his place in the history of cinema.