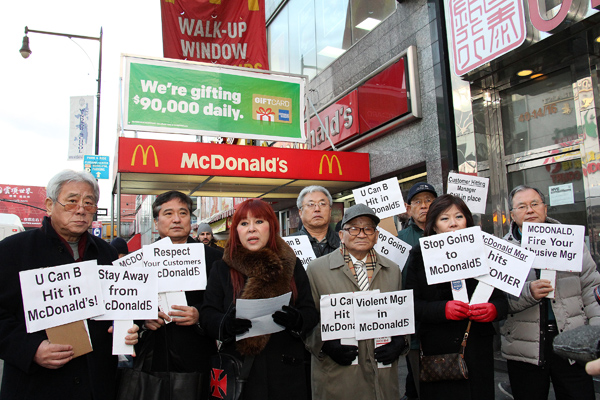 Korean-American organization leaders hold a rally in Flushing, Queens, on Tuesday to boycott McDonald’s after an elderly Korean man was struck by an employee of the fast food restaurant with a broom handle and sustained injuries. The 62-year-old man was struck by the employee in February and told to get out after he complained about slow service. He has since filed a lawsuit against the fast food giant, while protesters have claimed that his mistreatment was racially charged. This is the second time the Korean community in Queens has called for a boycott against McDonald’s. Workers at one chain previously called the police on a group of Korean men and women for hanging out in the restaurant for hours while only ordering coffee. [NEWSIS]