Seo Tai-ji will grow a forest

Seo Tai-ji will grow a forest 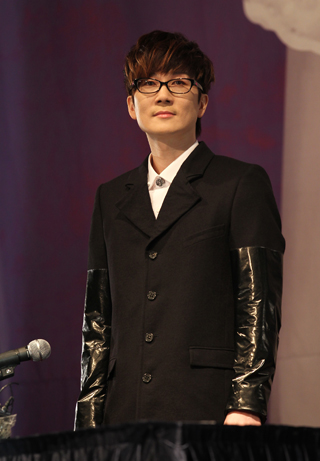 Singer Seo Tai-ji will plant about 5,000 trees in Guapi Assu, Brazil, according to his agency on Friday.
The 43-year-old singer decided to plant trees as a token of his appreciation to his fans, who have been supporting him for decades.
The forest will be located about 20 kilometers (12 miles) away from Seo Tai-ji Forest, which was planted out of a collective donation by his fans.
Fans of the K-pop icon decided to create a forest in 2012 to mark the singer’s 20th anniversary at Guapi Assu, which is about 70 kilometers away from Rio de Janeiro.
For the new forest project, Seo has been in discussions with U.K.-based charity World Land Trust since September. His agency also went on a field trip late last year to get a better grip on the region, which will later become a forest.
Although Seo’s agency released a statement on Friday about its plan to plant a forest in Brazil, Seo shared details about the project during a recent concert.
Seo is currently on a nationwide concert tour. He will have a concert in Gwangju on Jan. 17 and heads down to Daegu on Jan. 31.