Got7 holding first meet up with fans

Got7 holding first meet up with fans 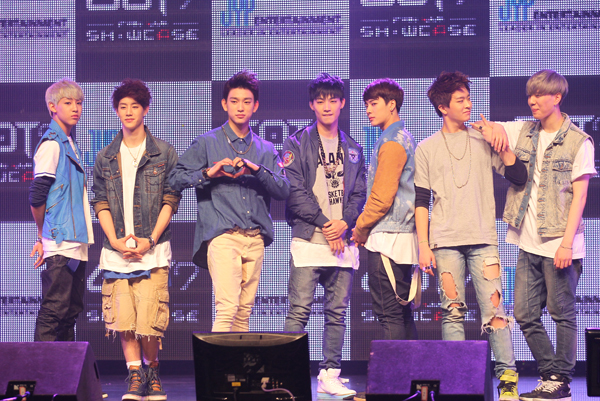 K-pop boy group Got7 will have their first fan meet event on Jan. 17, the first anniversary of the band’s debut.

The meet up will be held at Olympic Hall, southeastern Seoul, according to JYP Entertainment, the seven-member boy group’s agency.

JYP has already begun selling tickets to members of the band’s official fan club. Fans who are not part of the club can purchase tickets through Interpark Ticket.

After the fan meet, the group will embark on an Asia tour to Shanghai, Hong Kong and Taiwan.

For the song, the members performed a dance that incorporated martial arts and sang lyrics that boasted about their masculinity.

Got7 has built up a wide fanbase because its members are from Thailand, the United States and Hong Kong.