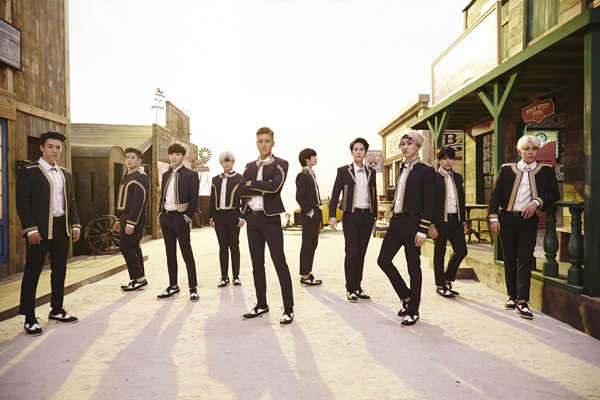 Prior to the 2015 Golden Disc Awards, which will be held in Beijing this month, Ilgan Sports, an affiliate of the Korea JoongAng Daily, will introduce the K-pop groups that have been nominated for grand prizes.

Of all the musicians who released albums last year, none has attracted as much attention as Seo Tai-ji.

The 1990s K-pop legend released a new studio album in October after being gone for five years. He seemed to have detoured from his previous marketing strategy of keeping a low profile from the public.

On his return, the 43-year-old singer appeared on the popular talk show “Happy Together” and showed photos of his actress wife and baby daughter - the first time he has done so.

His title track “Christmalo.win” from his new album “Quiet Night” also received rave reviews from both music critics and listeners.

Famed composer Brave Brothers highly praised “Christmalo.win,” saying, “Electronic pop was going downhill, but that is when Seo appeared in the music scene and revived the music genre, and his title track indeed appealed to the public.

“He is still alive and kicking and I highly respect him,” he added.

After releasing the song, the boy band went on a worldwide tour, “Super Show 6.”

The global concert began in 2008, and the boy group has been performing in numerous countries since, including France, the United Kingdom, Chile and Mexico. It has attracted more than one million fans so far.

In the same month as Super Junior released its digital single, Taemin, a member of the boy group Shinee, also brought out his first solo mini-album, “Ace.”

Taemin did not want to be seen as the cute boy-next-door idol with his first release. Instead, he wanted to show how he has grown as a musician, which he succeeded to do.