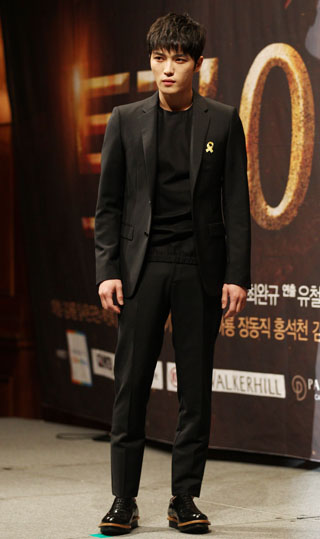 Kim Jae-joong, a member of K-pop trio JYJ, has been cast in a lead role for the new TV drama “Spy.” The singer-actor showed up at a press event on Tuesday prior to the airing of the show.

In the show, Kim plays the role of Kim Sun-woo, who works for the National Intelligence Service.

The drama’s main storyline is about Kim confronting his mother, who used to work as a North Korean spy 27 years ago and later betrays her country after she falls in love with a man from the South. She is later blackmailed by the North, however, and the story unfolds with the choices that she makes next.

During the press event, Kim promised he would give away small electronic goods as gifts to 30 North Korean defectors if his new drama series earns more than 10 percent viewership ratings. The drama hits screens on Friday.