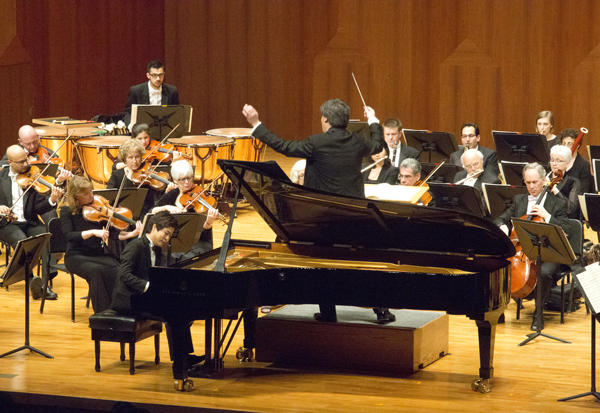 For a classical musician to succeed, it takes more than talent and persistence.

From buying the right instrument to receiving expensive lessons, it costs a fortune just for basic tuition fees.

And even after that, it is a constant battle to compete against others in the industry in order to be picked for solo concerts and receive recognition from the public.

This is especially difficult in Korea, where appreciation of classical music was limited to a particular group of aficionados until the 1990s. The country’s prospects for producing the next homegrown classical music virtuoso therefore seemed unlikely to happen.

However, Kumho Asiana, the parent group of the nation’s second-largest carrier, Asiana Airlines, took notice of the grim situation in the 1970s and started to give support to young and talented musicians.

What differentiates Kumho Asiana from other companies that indiscriminately give a helping hand to musicians in need is that it is determined to take full responsibility of the artists it sponsors until they advance into the global scene. 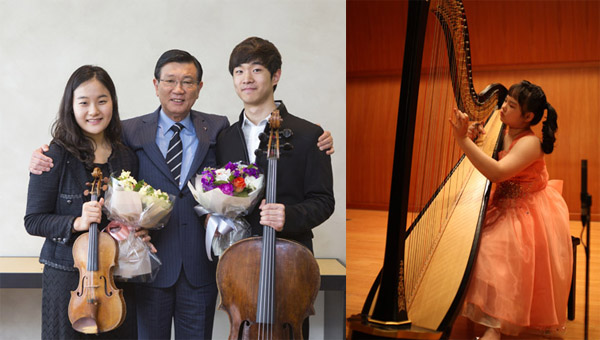 Kumho Asiana, which has been running its own cultural foundation for nearly 40 years, uses its experiences to provide rising artists with opportunities to push themselves into the limelight internationally.

Each year, hundreds of young and talented students are admitted to middle or high schools that specialize in music and art, but not all get a ticket to perform at Carnegie Hall or Lincoln Center.

And many of their dreams go down the drain when they confront this harsh reality.

Because of this, Kumho Asiana Cultural Foundation started to hold private auditions twice a year from 1998 to excavate hidden jewels.

The qualified musicians are offered an opportunity to debut through a concert series at the company’s own classical music concert halls - Kumho Art Hall and Munho Art Hall in Gwanghwamun, central Seoul.

So far, the program has given more than 1,000 young musicians a chance to perform in front of a crowd.

“The audition has earned a great reputation for itself in that hundreds of students apply for the auditions on their own even if there isn’t any prior notice from us,” said Shim Ji-ah from the foundation’s PR team.

Every year, 300 students on average apply for the audition, according to Shim. 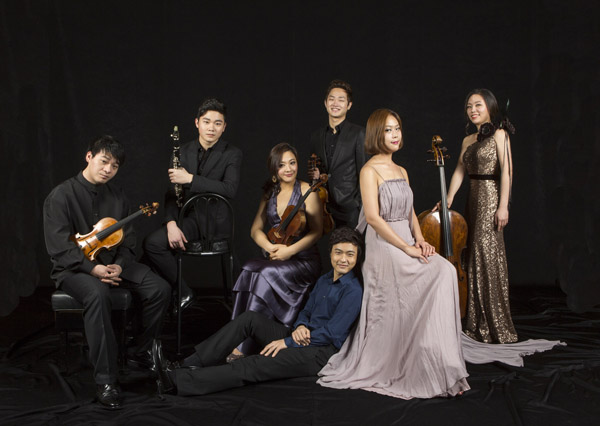 Currently, there are three types of audition programs that are available to up-and-coming musicians under 30.

The Kumho Prodigy Concert Series receives students under 14 while the Kumho Young Artist Concert Series is for amateur musicians between 15 and 30 who haven’t had the opportunity to perform professionally.

The Kumho Young Chamber Concert Series, the most recently established project, has the same age limit as the “Young Artist” series, but it only accepts applications from groups of amateur musicians, who are then given a similar opportunity to play in front of a crowd.

A chance to debut is not merely what the foundation provides to young musicians, however.

Once a gem is unearthed, that is when the company buckles down to turn it into a real, pricey diamond.

First, a select few students are provided with rare classical instruments for free in a program that was first launched to lessen the financial burden on students. 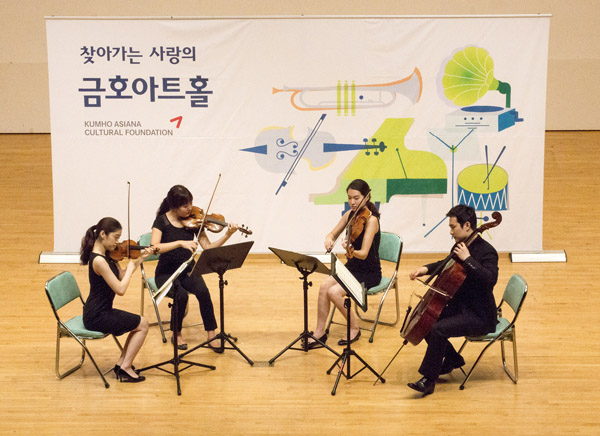 In an aim to make classical music accessible to all, musicians who debuted through the company’s programs tour suburban areas of the country. Provided by the foundation

It is said that the quality of the instrument dominates the sound of the player, which has a crucial role in the development of budding young musicians.

The loan period is three years, but it can be extended as long as the player qualifies again.

“It is said that our late honorary president Park Sung-yong told the young artists to pick out the instrument they would like to play and got them for the young ones,” said Shim.

“That is how the Instrument Bank system begun.”

Last year, 20-year-old prodigy cellist Kim Bum-joon borrowed a Maggini cello created in 1600 while a Guadaginini violin from 1774 was lent to 19-year-old violinist Lim Ji-young. Both are members of the foundation’s concert series. 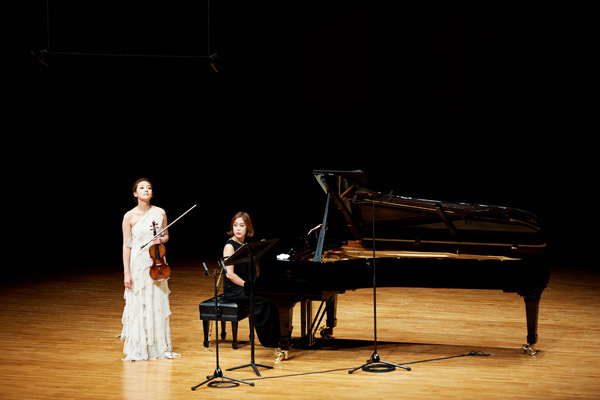 Violinist Clara-Jumi Kang, left, and pianist Son Yeol-eum are two representative beneficiaries of Kumho Asiana who were able to advance onto the international stage due to the support provided by the company. [JoongAng Ilbo]

Along with the free access to prestigious instruments, the company also pays tuition fees and funds airline tickets if the students have to head overseas to receive lessons or perform.

Pianist Son Yeol-eum, one of the representative beneficiaries of the company’s sponsorship project, said in 2011 that financial support plays a big part in a musician’s life until age 18.

In addition to monetary aid, the company also offers a general management service to the students.

Just like a celebrity has an agency and a manger to promote them, professional classical musicians are also in need of similar assistance.

Helping hands from experts who can take care of the musician’s affairs is mandatory, especially when the person in question is young.

For example, the Kumho Asiana Cultural Foundation regularly sends out press releases to prominent musicians and media outlets overseas in order to arrange meetings, concerts and auditions for their artists.

As a result, in 2008, Son was able to hold a joint concert with the New York Philharmonic Orchestra on Park Sung-yong’s personal request to world-renowned conductor Lorin Maazel when the ensemble visited Korea.

After holding a private audition, Son was able to stand on the same stage with the classical music virtuoso.

A similar incident happened last year when the 26-year-old pianist Kim Da-sol from the “Young Artist” concert series was able to hold an accompanied concert with the New York Philharmonic Orchestra, led by conductor Alan Gilbert.

“It was possible because of the foundation’s strong suggestion to the conductor about having Kim as part of the orchestra in the Korea performances,” Shim explained to the Korea JoongAng Daily.

Creating special performances that will add a shining line to the musician’s resume is one big part of Kumho Asiana’s cultural patronage, but as the company has emphasized, providing stable and persistent support is at the core of its sponsorship.

Its intention is clear in the establishment of Kumho Asiana Soloists, which started eight years ago.

The group is made up of the most active performers from the foundation’s concert series. It is a regular chamber orchestra that performs annually at Kumho Art Hall.

“Kumho Asiana Soloists shows our foundation’s strong will in supporting our prodigies in the long term and watching them grow instead of stopping at one-shot,” said the foundation through a press release.

Last year, seven soloists, including the pianist Son and violinist Clara-Jumi Kang, came together around the Christmas season to play their music to fans.

In addition to nurturing skillful local musicians, Kumho Asiana aims to create an environment where classical music is easy for everyone to access.

The concert invites not only classical music virtuosos in Korea but also those from abroad.

Classical music concerts that are usually held in big concert halls can cost more than 200,000 won.

The regular event was first held in 1997 in order to bolster the barren environment for classical music in Korea by fostering a more relaxed ambience - one where musicians and the audience can freely experience music.

Another project the foundation participates in to boost classical music in the nation by donating talent.

Each year, the foundation selects a group of suburban villages that don’t have much access to classical music and brings its own musicians to perform in front of hundreds of villagers.

Last year, Chungcheong was selected as the destination and six performances were held in small concert venues in the region, such as at school auditoriums.

In line with the program’s original intention to ensure classical music is easy for all to access, the playlist includes some of the most widely known pieces from the genre, such as those from Mozart and Schumass.

Auditions for Kumho Asiana’s three concert series are held twice a year, in May and October.

For more information about the auditions, visit www.kumhoarthall.com.