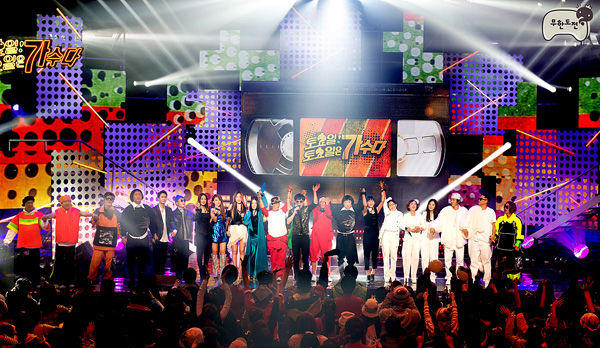 “Infinite Challenge” recently presented a performance by pop stars from the 1990s, triggering a retro boom in contemporary culture. Provided by MBC

Korea’s culture scene is still going retro in 2015, triggered by influence of the ’90s on the music scene last year.

One of the country’s longest running and most successful entertainment shows, MBC’s “Infinite Challenge,” aired a performance by some of the top singers from the ’90s on Jan. 3. The episode, titled “Saturday, Saturday, Singers,” enjoyed a 22.2 percent rating - the show’s highest in seven years.

Critics say that the program is encouraging a trend for nostalgia across contemporary culture in the country - just like the effect of the film “Architecture 101” in 2012 and the tvN drama “Respond, 1994” in 2013.

And the phenomenon is backed up by the film industry. 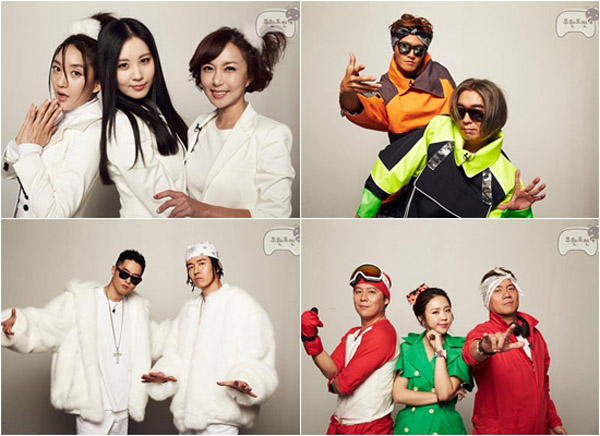 “Ode to My Father” by Yoon Je-kyun portrays Korea between the 1950s to the 1980s, following the life of one man. “Gangnam Blues,” on the other hand, depicts the real estate development boom in southern Seoul in the 1970s while “C’est si bon” takes viewers back to the 1970s folk scene.

It isn’t just older people that this cultural content is striking a chord with. In the case of “Saturday, Saturday, Singers,” people in their 20s - who were toddlers when the ’90s tracks were hits - have downloaded the songs performed on the show the most.

According to Genie, KT’s music website, those in their 20s represented 51.2 percent of the downloads while people in their 30s accounted for 21 percent. People over 40 made up 19.6 percent.

“Although I am not part of that generation, I did hear those songs often,” said Gang Yeon-ju, a 21-year-old college student, adding that while today’s hit songs are rarely liked by both herself and her parents, “Saturday, Saturday, Singers” brought her family together.

Lim Yong-jun, 27, also said he has often heard these songs at clubs.

“Whenever I heard the familiar melody, I wanted to join them on stage and dance,” he said.

Culture critics say youth today are better at accepting new cultures than the older generation, mostly thanks to social media.

“Social media users tend to be good at empathy and open to new ideas,” said Gu Jeong-woo, a sociology professor at Sungkyunkwan University. “It appears they are accepting ’90s culture as ‘something new’ and not ‘something old.’?”

Given today’s economic stagnation, others also say that people are nostalgic about the part of the 1990s previous to the Asian financial crisis in 1997. Kim Mun-ju, a sociology professor at Korea University, says that the period is “considered one of the most prosperous times in the history of the Korean economy.” The fact that people are particularly responding to culture from the ’90s probably means that people are unconsciously sentimental about the period, Kim theorizes.

Some observers point out that Korea isn’t the only country with nostalgia for the ’90s. Music critic Simon Reynolds wrote in his book “Retromania” (2011) that the 2000s can be seen as the “Re” decade because of its focus on “revivals, reissues, remakes, re-enactments.”

Critics say ’90s musicians tried out different genres and weren’t afraid to experiment. K-pop was more diverse back then, they say, as it ranged in styles from dance and hip-hop to R&B and techno.

While critics say the phenomenon could also mean that cultural products today are not as strong as those from the ’90s, songs from “Saturday, Saturday, Singers” continue to dominate real-time music charts. “Poison” by Uhm Jung-hwa, “Tell me” by Jinusean and “Wrongful Meeting” by Kim Gun-mo have all found places within the top five on various charts.