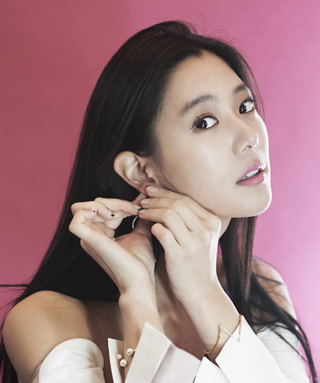 Clara became better known as a sex symbol after wearing a skimpy outfit while throwing the first pitch at a baseball game in 2013. But she recently received the chance to catapult herself into the public’s consciousness as a movie star.

In her debut film “Casa Amor: Exclusive for Ladies,” Clara takes on the lead role Nan-hee, an owner of a sex toy shop.

In an interview with the JoongAng Ilbo, an affiliate of the Korea JoongAng Daily, Clara discusses a scene from the film that made her squeamish and how she has her sights set on a role in Hollywood in the near future.


Q. Why did you choose to do this movie?

A. The character is very bright, cheerful and free, just like me in real life. Most of all, I thought I could talk about what I wanted to talk about and show how I really felt through the character.

What did you want to talk about?

There are some people who judge a book by its cover, although that’s not all there is to a person. I went through a phase where I was judged only for my looks, and it was really hard for me. But later on I became more confident because I refused to give in [to people’s prejudice].

In the scene where you say “Don’t ever judge me,” were you channeling real life?

Didn’t you think my acting came so naturally there? I think the scene became more believable as I dug deep for feelings I’ve experienced in real life.

What was the most provocative scene you had to act out? 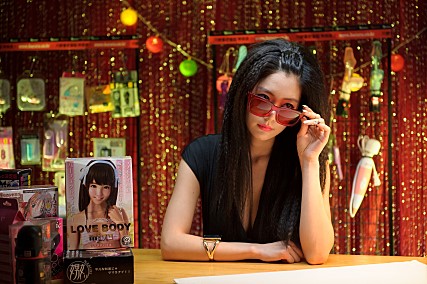 Clara plays the owner of an adult toy shop in a scene from “Casa Amor: Exclusive for Ladies.” [JoongAng Ilbo]

The director tried to give me advice, but how could a male director show me how to do the scene?

Which part of the film did you become most immersed in?

There is a scene where I make love and then go up to the top of the building and talk to Bo-hee [played by actress Jo Yeo-jeong]. In the scene, my character cries and says, “I do want to live happily and have a baby, just like you do.” The tears just came naturally to me.

I’m reaching an age where people get married and I dream about having a happily married life as a woman. Since I grew up away from my parents from a young age [Clara moved to the United States when she was 13 and studied abroad for seven years], I think I tried to be more energetic to hide the fact that I was lonely.

Now I want to find my other half, someone who I can spend the rest of my life with. I wish I had someone to greet me when I get home from work.

I want to be part of a Hollywood movie. I hear that Hollywood has been looking for some Korean actors recently and I hope to find a good opportunity.