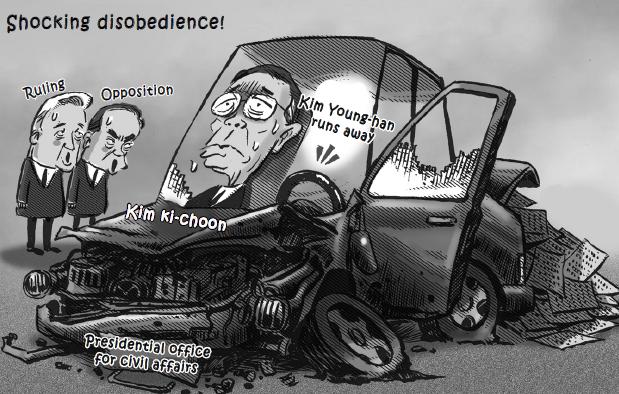 Lawmakers of the ruling and opposition parties were stunned on Friday as Kim Young-han, senior presidential secretary for civil affairs, refused to appear for questioning by members of the legislative steering committee over his alleged intervention in a prosecutorial investigation into the scandal concerning a leaked Blue House report, though Kim Ki-choon, presidential chief of staff, ordered him to appear for the questioning.