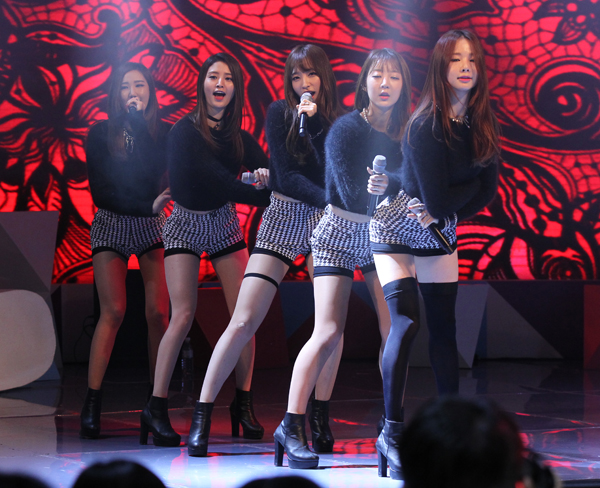 The girl group has been No. 1 on several online music charts before, but it began topping TV music shows from the beginning of January, months after it released its single “Up and Down” in August last year.

None of the big K-pop boy or girl groups top weekly TV music shows months after the release of their song.

EXID became the first to achieve such a feat with its digital single “Up and Down.”

It reached the No.1 spot once again on SBS’ “Inkigayo” on Sunday and competed with archrivals Kyuhyun, a member of Super Junior, and GD X Taeyang.

Every time the girl group’s name was announced as a winner for each music show, the girls burst into tears and thanked their fans.

The upbeat dance track “Up and Down” failed to impress when it was first released, but a video recorded by one of their fans went viral on the Internet thanks to the group’s provocative dance moves.