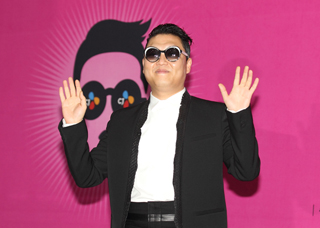 There were a lot of winners and losers in the music industry last year.

Girl group EXID’s digital single “Up and Down,” which was originally released in August, faded away without stealing the spotlight when it first came out. But a risque fan-made video reincarnated the near-dead song two months later.

A throng of old boys from the ’90s returned to the music scene last year, but not all of them made it big like g.o.d. or Seo Tai-ji.

Some wrapped up their promotions after a single performance.

So who will rule the music business this year?

The Korea JoongAng Daily predicts the biggest movers in the industry in 2015.

After Psy’s hit “Gangnam Style” became a worldwide sensation in 2012, the singer was under a lot of pressure to prove his worth.

But his next digital single “Hangover,” which was released last June, was not enough to please music fans - even thought he joined forces with U.S. rapper Snoop Dogg.

After “Hangover,” Psy was ready to bring out a new album last year, but the negative feedback he received from “Hangover” meant that the star had to put off the release.

Industry insiders said that Psy even finished shooting a music video for the title track of his new record but that he did not want it to be released, citing quality issues.

“A good song is created over the course of making a good album, but I realized I was trying hard to make a single hit [to live up to the expectations of the public after the success of ‘Gangnam Style’],” Psy told the audience during his recent end-of-the-year concert in Bangyi-dong, southeastern Seoul.

“I promise I will not try to hit the jackpot with a single song next year .?.?. I will keep working hard as a musician. If one of my songs is beloved by people living in other countries, like ‘Gangnam Style,’ I will appreciate it, but if it fails to impress them I won’t mind and will keep doing my work as a musician.”

Fans are incredibly excited for Big Bang’s possible comeback this year. The members haven’t released music together in more than three years.

Although Taeyang and G-Dragon recently formed a hip-hop duo, fans have been waiting for a long time to see Big Bang together.

The five-member band is sure to return this year.

“We delayed releasing our studio albums several times before perhaps because we all have high expectations for it,” G-Dragon said in a recent interview with Japanese magazine “Hopp Hopp.”

“But I want to elaborate on it, no matter how long it takes. One thing I can tell you for sure is that you can see a new album from Big Bang next year.”

Since the interview was conducted last year, fans should be able to see the five guys perform together sometime in the near future.

Of the many K-pop groups, Exo had an extremely eventful year. 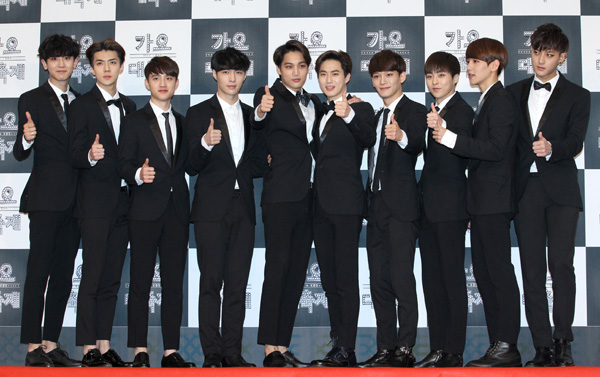 Two of its Chinese members walked out of the group after filing separate yet similar lawsuits against their agency, SM Entertainment, to nullify the validity of their contracts.

But the boy group, which consists of Korean and Chinese members, grabbed numerous prizes late last month at different music award ceremonies and festivals, proving that the band is still strong despite its ups and downs.

In order to cement its position at home and abroad, the 10-member group will release a new album this year.

Exo already signaled its comeback during its performance at the Mnet Asian Music Awards, which were held in Hong Kong last month.

If g.o.d., the first-generation boy group that reunited 10 years after splitting up, was one of the winners in the music scene last year, Shinhwa is expected to make music fans in their 30s and 40s revisit the good old days this year. 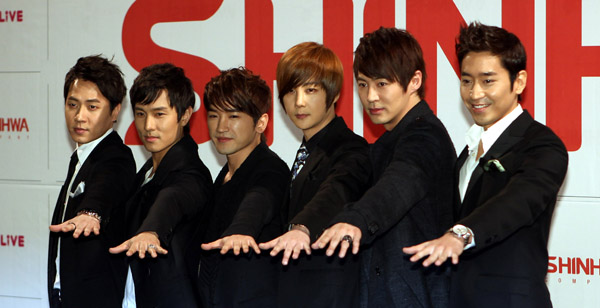 Unlike other first-generation K-pop groups, which are all now disbanded, the six-member band has been together for 17 years as a whole.

The group has already finished photo shoots for the covers of their upcoming 12th studio album in November and are likely to release a new record next month.

The group already teased an image of the members wearing white T-shirts.

The band could have returned last year, but it didn’t because it wanted to give some time to Andy, who has kept a low profile since he was charged for gambling illegally in 2013.

The singer was ordered to pay 5 million won ($4,500) in fines for his misconduct and was banned from appearing on TV channel MBC. 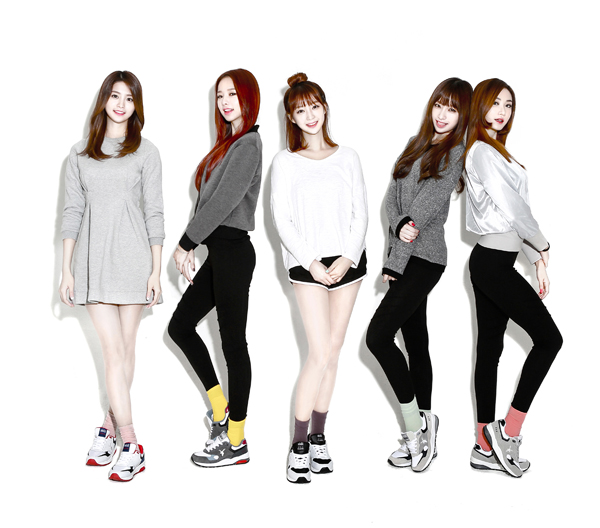 Because of a video recorded by one of its fans, the girl group turned into a winner after being a loser.

The upbeat, addictive dance tune “Up and Down” was originally released in August, but the song did not even make it to the top 100 popular songs when it was first released.

Having started out in 2012, the girl group was on the verge of breaking up because of its continuing failures, including the flop of “Up and Down,” but the video that was recorded by one of the band’s fans brought them new life.

In the video, Hani, a member of the girl group, rocks her pelvis back and forth while wearing body-hugging micro shorts.

The video went viral on social media and “Up and Down” began climbing up major music charts in October. It even topped some of them last month.

EXID wants to prove itself this year with a new digital single to make sure they are not seen as a one-hit wonder.

“Nothing has been decided about its comeback. We’re still in discussion with the girls about whether to stick to their sexy image or not for the upcoming new album,” said an official working for EXID’s agency, Yedang Entertainment.