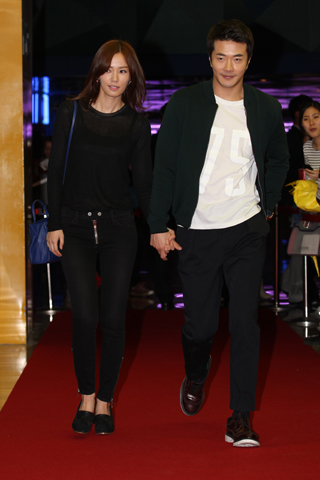 Kwon, who stars in both films and dramas, uploaded a message onto his fan community the day his daughter was born.

“I came here to meet Luk-hee’s sister earlier than scheduled. Thank you for everything,” he wrote.

The masculine actor’s career has strengthened since he got married. He recently starred in the drama series “Temptation” (2014) and appeared in “CZ12” - also known as “Chinese Zodiac” - in 2012, a film directed by Jackie Chan.

Son posed for a photo shoot in the Korean version of Elle magazine last month before her due date and said she has been sticking to a diet and a workout plan during her pregnancy, which has helped her stay in shape.

The celebrity couple now have two children. Their son was born in 2009 several months after their marriage.