Koo and Nam vie for a starting position

Koo and Nam vie for a starting position 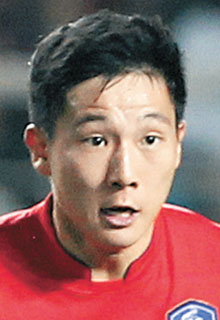 Korea’s Asian Cup Group A match against Kuwait on Tuesday will be another showdown between the team’s two attacking midfielders, Koo Ja-cheol and Nam Tae-hee.

The position of attacking midfielder is the most hotly contested on the field, not because there are many players bidding for the spot but because it is very difficult to tell who’s better - Koo or Nam.

When it comes to records, Koo, who plays for Mainz 05, outpaces Nam, who plays for Lekhwiya SC, by a large margin. He was the top scorer in the 2011 Asian Cup in Qatar and captained the team when South Korea won a bronze medal in the 2012 London Olympics and again in last year’s Brazil World Cup. He is also a key player at his club team in Germany.

However, Manager Uli Stielike appears to prefer Nam. The 24-year-old has played in all five friendlies under the new manager and even scored a goal against Paraguay in October, his first goal in an international match. 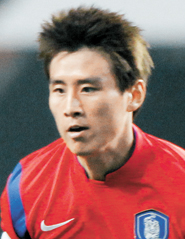 The two midfielders displayed contrasting performances in the team’s most recent friendly against Saudi Arabia in Australia on Jan. 4. Koo secured his name on the starting 11 but looked sluggish. Nam substituted for Koo in the second half and impressed Stielike and fans by making a spectacular breakthrough into the penalty area to help set up Lee Jeong-hyeop’s goal.

The 60-year-old manager gave Koo another chance in the team’s first Group A match in the Asian Cup on Saturday against Oman, and he responded with an outstanding performance, signaling that he’s back in top form again. Koo had a midrange effort in first-half injury time and the ball was blocked by Omani goalie Ali Al-Habsi, only to be kicked into the net by striker Cho Young-cheol. Koo was selected as the “Man of the Match.”

“Koo proved his abilities in the last match against Oman,” Stielike said on Sunday. “He was totally different from in the friendly against Saudi.”

Stielike had reportedly planned to send Nam in for Koo in the second half but he ran out of substitutions after defender Kim Chang-soo was injured and had to be replaced by Cha Du-ri early in the first half.

“I’m happy that the team won. Of course I want to play on the field, but it’s the manager who makes the decision,” Nam said. “We have more matches to go and I’ll try to be prepared. I can be more useful when we possess the ball. I’ll try to be more aggressive and make goal attempts as well.”

Nam has been the manager’s preferred option since he took over the team in October, but Koo seems to be recovering from a long slump. The next match will be another big chance for the two footballers to claim a permanent spot on the starting roster.

There is a possibility that both Koo and Nam will play on Tuesday because right midfielder Lee Chung-yong suffered a slight injury in Saturday’s match. Stielike previously said that he is “not going to send in players whose condition is not 100 percent” and Nam has experience playing on the right side.

“I don’t mind the position because I played as a right midfielder in the 2012 Olympics,” Nam said.