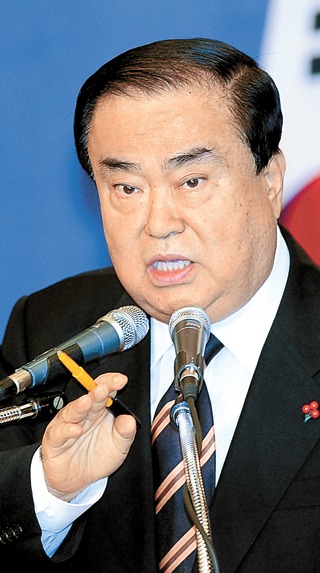 President Park Geun-hye’s New Year’s press conference Monday backfired, deepening concerns at the Blue House that the president is increasingly out of touch with public sentiment.

Even though the media-shy president got through the second press conference of her administration without any major problems and even accepted unscreened questions from Blue House correspondents for the first time, front pages and editorials of most Korean newspapers trashed her performance and said it demonstrated the huge gap between her perception of reality and that of ordinary Koreans.

“President Park gave even bigger anxiety to the people instead of relieving it,” said Moon Hee-sang, interim leader of the main opposition New Politics Alliance for Democracy (NPAD), Tuesday.

“The time [allocated to the conference] was longer [than the previous year], but it was devoid of substance and she talked a lot but offered no real sense of hope.”

The politician noted that the president didn’t mention the word “safety” at all, even after she promised a national “overhaul” after the Sewol ferry sank in April and a series of man-made disasters occurred afterward, including a deadly fire in apartments in Uijeongbu, Gyeonggi, Saturday.

“Even though both political parties, conservatives and liberals have said in unison that the only way to ease the controversy over a shadow power struggle and her aides’ intervention in state affairs was a reshuffle of the staff at the Blue House, the president sided with her aides,” he continued.

“When a major problem occurs within the Blue House, how can it be that not a single person has taken responsibility and the president has never apologized for it?”

The public seemed particularly outraged over Park’s refusal to replace longtime secretaries at the Blue House implicated in a behind-the-scenes influence scandal involving them and the president’s own brother.

Park indicated she might let go of Chief of Staff Kim Ki-choon “as soon as impending issues are resolved,” but she did not elaborate, leaving mixed predictions about the 75-year-old loyalist’s future.

Some ruling Saenuri lawmakers hinted that Kim could be pushed out in February, when the president will enter her third year in office.

The president, consistently accused of having poor communication skills, insisted during the press conference there was no problem with her own communication methods.

Blue House spokesman Min Kyung-wook said in a briefing Tuesday that the presidential office “respects the various perspectives and is paying careful attention to how you view the situation.”

Countries mentioned in the Monday press conference also came up with responses.

In a daily briefing Monday, Marie Harf, deputy spokeswoman for the U.S. Department of State, said, “We welcome Republic of Korea’s efforts to improve inter-Korean relations” and urged North Korea to reciprocate.

The reaction followed Park’s remarks earlier in the day that she is open to a summit with North Korea and has no preconditions for holding such a meeting.

Japanese Foreign Minister Fumio Kishida said on Tuesday that Prime Minister Shinzo Abe has repeatedly voiced his heartache over the suffering of those referred to as “comfort women” and urged Korea’s government to understand this.

President Park said in the press conference that Japan should change its stance on the sex slaves mobilized during World War II before a bilateral summit could be realized. The two leaders have not had a one-on-one meeting.