In labor reform, raises based on seniority will be phased out

In labor reform, raises based on seniority will be phased out 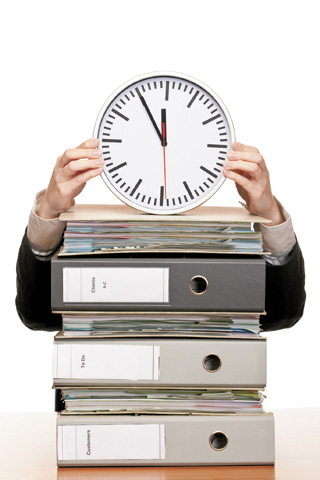 Under the government’s reforms announced Tuesday, the Ministry of Employment and Labor will shift well-paid white-collar workers to a performance-based pay system that ignores seniority or number of hours worked.

The program, known as the “White-collar Exemption,” will require employers to pay employees above a certain level based on their performances instead of seniority or working hours.

For example, a software developer will receive the same salary regardless of the time he or she put in to complete a project.

Under the former seniority-based salary system, salaries rose automatically every year based on the number of work years. The seniority system is blamed for inefficiency and lower productivity. At public institutions, the government is planning to apply the performance-based system to employees who worked for seven years or more.

The ministry suggested employees in the top 25 percent of a company in terms of salary should be considered well-paid white-collar employees.

“Employees who earn this much will mostly be working at large corporations,” said Ryu Ki-jeong, the head of social policy at the Korea Employers Federation. 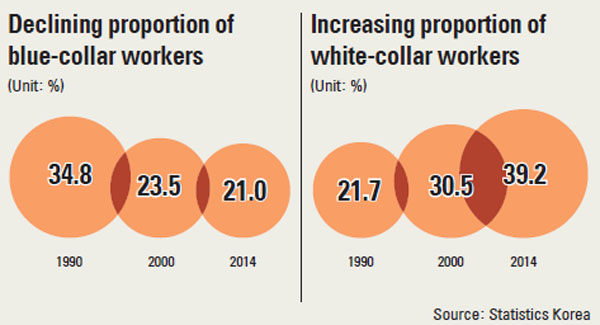 The main industrial structure of the Korean economy is changing from production lines, research and development or planning. 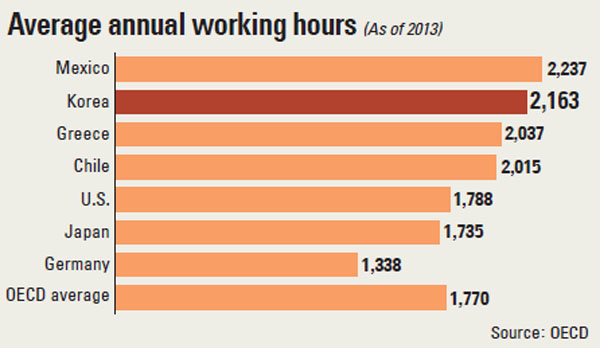 As for blue-collar workers, there is no problem basing their pay on work hours since productivity increases with rising work hours.

“If working hours are cut, white-collar workers may work overtime and demand extra pay,” said a ministry official. “This will increase costs for companies while widening the gap between the wages of large-company workers and small-company workers.”

The government decided to reduce the legal working week from 68 hours to 52 hours, but will allow labor and management to add eight hours if both want.

As part of its measures to improve the conditions for contract or temporary workers, the ministry announced part-time housekeepers will be covered by the four insurance systems: National Pension Service, employment insurance, health insurance and industrial accident insurance.

Temporary workers who are unfairly fired by employers will be able to demand monthly wages for the remaining time in their contracts.