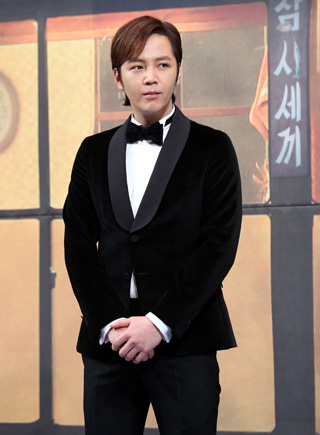 Korean Wave actor Jang Keun-suk has recently paid off 10 billion won ($924,000) in taxes he allegedly owed, according to some local news outlets on Wednesday.

But Tree J Company, Jang’s agency, released a statement on the same day to refute the news.

“It is true that Jang was investigated [by the National Tax Service],” said his agency. “But he didn’t pay additional taxes at all.”

The agency added that all the reports regarding Jang’s apparent tax evasion are “groundless rumors.”

According to multiple local news reports Wednesday, the National Tax Service investigated Jang and a man surnamed H, who runs an entertainment agency that helps Korean entertainers advance into show business in China.

The tax agency did not bring the case to the prosecutor’s office because the amount both Jang and H owed was not that high.

This is not the first time Jang has been involved in a tax evasion scandal. He came under fire on suspicions of evading taxes in October last year, but his agency denied the rumors then as well.

An official working for the National Tax Service’s public relations team refused to reveal whether or not the actor evaded taxes when contacted by the Korea JoongAng Daily.

“It would be a violation of privacy,” the official said.

Jang will appear in a spinoff version of the popular reality TV show “Three Meals a Day,” which will hit screens on Friday.