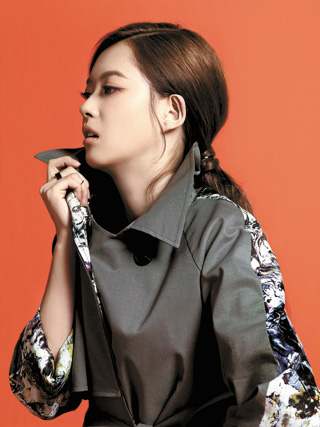 Actress Go Ara, who gained national popularity with the hit TV show “Respond, 1994,” which aired in December 2013, has been selected as the new face to promote the apparel company Shinwon Group’s women’s casual brand Besti Belli, the company said Wednesday. Go Ara is considered one of the best-looking actresses at SM Entertainment, along with Lee Yeon-hee and Im Yoona of the K-pop group Girls’ Generation. The actress made her debut in 2003 and has appeared in numerous TV shows and films. But it wasn’t until last year that her popularity skyrocketed. [Provided by the company]