Samsung hopes affordable Z1 will be a hit in India

Samsung hopes affordable Z1 will be a hit in India 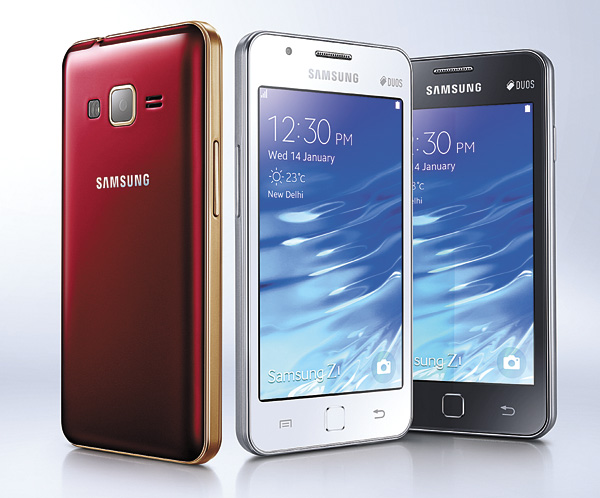 Samsung Electronics has launched the Z1, its low-end smartphone that runs on its operating system Tizen, in India as the company aims to recover sales in emerging markets and boost its competitiveness in the Internet of Things (IoT).

The tech giant on Wednesday launched its new smartphone in New Delhi at price of 5,700 rupees ($92).

It is the company’s first smartphone that uses its Tizen platform.

Samsung said that the mobile device has a 4-inch (10 centimeter) 480×800 pixel display and is powered by a 1.2 GHz dual-core Spreadtrum processor with 768MB of RAM. It also has 4 GB of internal storage space and a 1500mAh battery. 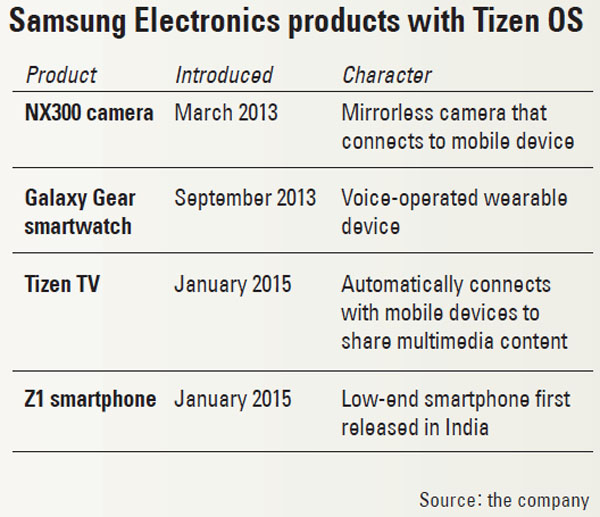 The Z1 will have a standard resolution front camera and a 3.1 megapixel rear camera with an LED flash. It also has dual-SIM card slots, 3G support, Wi-Fi, Bluetooth 4.1 and GPS.

Industry insiders said that judging by the price, the Z1 will be a competitive entry-level model alongside Google’s Android One, Xiaomi’s Redmi 1S, Motorola’s Moto E and the Asus Zenfone 4.

The Z1 is expected to debut in China next month before going on sale in Korea later in the first half.

“As the smartphone market is expanding with mid-low price phones, it will be important to see whether Samsung’s low-priced smartphone can improve its market share,” said Song Myung-sub, a researcher at HI Investment & Securities.

Last year, Samsung’s mobile business suffered due to competition from Apple’s iPhone6 at the high end, while Chinese companies expanded their market share in affordable devices.

Samsung has yet to release official data for its fourth quarter IM performance, but analysts predict that it will be between 1.8 trillion won and 1.9 trillion won, up slightly from the previous quarter.

A guidance report released a week ago showed that Samsung Electronics posted 5.2 trillion won in operating profits in the fourth quarter, a 28 percent increase from the 4.6 trillion won reported in the third quarter.

Although some experts say Samsung’s fourth quarter improvement is proof that its mobile business is rebounding, others speculate that the rise in operating profits came mainly from reducing costs rather than increasing sales. Compared to the 8.3 trillion won in operating profits reported in the fourth quarter of 2013, it is a 37.4 percent decrease.

In 2015, the flagship business of Samsung Group said that it will reorganize its smartphone lineup and boost sales by releasing affordable models in emerging markets to boost its market share.

Analysts have said that the release of the new phone may help reverse Samsung’s falling market share in the South Asian nation. Data from market researcher Strategy Analytics showed Samsung’s share of the smartphone market in India was 22.7 percent in the third quarter, 3.7 percentage points down from the first quarter. Indian phone manufacturer Micromax was the runner-up with a 17.7 percent market share.

“Samsung’s strategic move is to focus on securing market share in the mid- to low-price market even though it is sacrificing profitability,” said Hong Sung-ho, a researcher at LIG Investment & Securities.

Samsung’s launch of the Z1 is also special because it is the first phone that functions on the company’s in-house operating system.

Samsung said that although the Z1 is Tizen-based, it can still run Android apps, minimizing the disadvantage of the small number of apps in its debut operating system, while promoting what it called the “openness” of its system.

The Tizen mobile platform is based on the Linux Kernel OS and is being backed by Samsung and Intel. Originally, Samsung said it would launch its first Tizen-based smartphone, Samsung Z, in Russia in the third quarter, but it scrapped the plan to allow time to further upgrade the platform.

The Samsung Z has a 4.8-inch HD Super Amoled display and runs on the Tizen 2.2.1 operating system. The Samsung Z1 runs on Tizen version 2.3.

Industry insiders said that the launch of the Tizen-based phone in India shows that Samsung is eager to grow its OS platform as it attempts to become a leader in the IoT era, which is also being developed by Apple’s iOS and Google’s Android.

Samsung has introduced a handful of other devices with Tizen, including its smartwatch and smart TVs. The company hopes to connect its devices with the platform, which will attract customers. Getting ahead in IoT was one of the key business goals announced by Samsung at its New Year ceremony.

“We will actively adopt Tizen OS in our consumer electronics as much as possible,” Yoon Boo-keun, who heads Samsung’s consumer electronics (CE) division, told local reporters last week at the 2015 CES in Last Vegas. “Inside the house, the hub of IoT will be TVs, while smartphones will be the hub outside.”