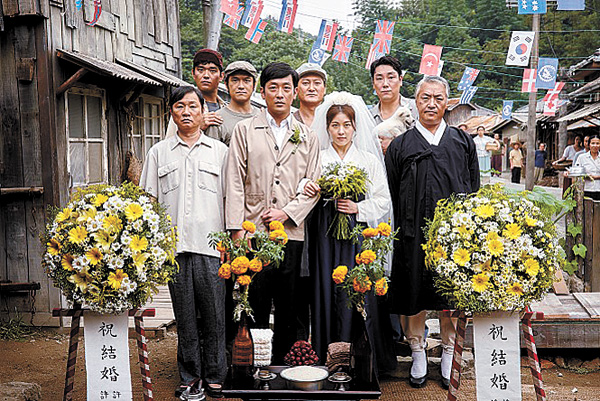 Chronicle of a Blood Merchant (12)

Chinese best-selling author Yu Hua’s novel “Chronicle of a Blood Merchant” was adapted for the cinema by Ha Jung-woo, who is well known for his successful acting career. He is returning to the director’s chair after three years since releasing his first film “Fasten Your Seatbelt.”

The novel takes place in China in the 1950 and ’60s, so Ha chose to set the film in a small countryside village in Korea in the late 1950s.

Heo Sam-kwan (Ha Jung-woo) is a poor young man living in the village. He is not particularly smart or good looking, but he makes up for it with kindness. One day, he falls in love with Heo Ok-ran (Ha Ji-won), the prettiest woman in the village, but she already has a boyfriend. After many attempts, he finally wins her over and they get married.

The first time Sam-kwan sells his blood is just before the wedding, because it’s the best way for him to quickly make a large sum of money. Soon, he has three boys with Ok-ran. The family is happy, until rumors start to spread around town.

People begin to point out that their first child, Il-lak, looks like Ha So-yong, who is Ok-ram’s ex-boyfriend, rather than Sam-kwan. The film shows Sam-kwan coming to terms with the fact that Il-lak is actually Ha’s child even though he feels betrayed.

As the title of movie “Chronicle of a Blood Merchant” alludes, Heo continues to sell his blood to take care of his family.

The chemistry between Ha Ji-won of “Haeundae” and Ha Jung-woo has been noted because it is the first time they have appeared in a film together. 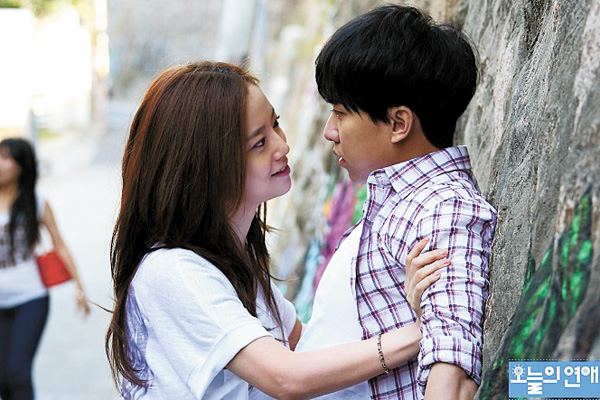 Park Jin-pyo, who was behind the hugely popular movie “You Are My Sunshine,” has directed another romantic story.

This time, he also adds in slapstick comedy with the leading characters played by Moon Chae-won and Lee Seung-gi, but love is still the main theme.

Joon-su (Lee Seung-gi) is an elementary school teacher who has been best friends for 18 years with a famous weather girl, Hyun-woo (Moon Chae-won).

Joon-su’s naivety has caused him to fail in relationships while Hyun-woo has always been flirtatious. Her romances are complicated, and Joon-su has always stood by to listen.

The two drink together, go to the movies and hold hands, all the while staying friends. Then one day, Joon-su sporadically confesses his love for Hyun-woo, but she brushes his confession off, maintaining that they are just good friends.

However, Hyun-woo starts to realize how dear Joon-su is to her heart and takes a step closer to him after her relationship with Dong-jin (Lee Seo-jin) fails.

The film’s A-list cast includes Moon Chae-won of “War of the Arrows” and Lee Seo-jin, who is returning to the silver screen after a nine-year break during which he appeared in variety shows. This is Korean Wave star Lee Seung-gi’s first film. 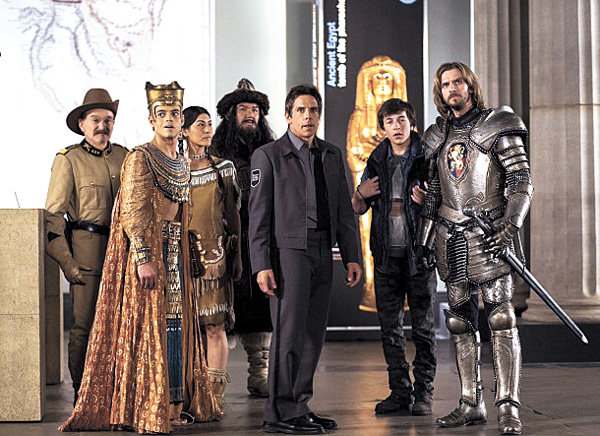 Night at the Museum: Secret of the Tomb (All)

Shawn Levy, who became well known for his role in the 2013 comedy film “The Internship,” is starring in the next installment of the family comedy series “Night at the Museum.” This time, the story unfolds in the British Museum in London, one of the biggest museums in the world. “Secret of the Tomb” is the final movie in the “Night at the Museum” trilogy.

Larry (Ben Stiller) enjoys his life as a guard of the American Museum of Natural History with his exhibit friends who come alive at night. But when the museum opens for a night event, the characters on display attack the visitors and Larry is in trouble.

Ahkmenrah (Rami Malek), the pharaoh, had previously informed Larry that his golden tablet had started to corrode, which caused the exhibits to act abnormally. His father, Merenkahre (Ben Kingsley), is the only one who knows the secret of how to restore the tablet.

To find out, they go on a journey to the British Museum where Merenkahre is on display.

The story depicts the episode in the museum with Larry’s exhibit friends in one night. Can they find the solution to the corrosion?

The much-loved characters from the previous films - Theodore Roosevelt (Robin Williams), Sacagawea (Mizuo Peck), Attila the Hun (Patrick Gallagher), the monkey Dexter and the Tyrannosaurus skeleton - take their places alongside Larry in addition to new characters.

The movie has received good reviews for its engaging plot line, and it also the last role played by beloved American entertainer Robin Williams.

Based on the best-selling semi-autobiographical Japanese novel “Our Family,” this film tells a tale of a family’s love as they struggle during the economic crisis.

Reiko (Mieko Harada), a middle-aged suburban housewife, goes to Tokyo to meet her youngest son, Shunpei (Sosuke Ikematsu). When she is with Shunpei, she experiences occasional lapses of memory and sometimes doesn’t recognize him. She doesn’t take the symptoms very seriously at first, but then she is diagnosed with a brain tumor and the doctor tells her she has only one week to live.

As the tumor becomes worse, Reiko reveals her deep secrets, but her sons and husband disregard what she is telling them. Her husband (Kyozo Nagatsuka) becomes awkward in her presence, but their older son Kosuke (Satoshi Tsumabuki) tries to support the family and deal with his parents’ huge debts.

This touching family story of a crumbling economy and a mother’s love is realistic, and makes the viewer sympathetic.
American Sniper (19) 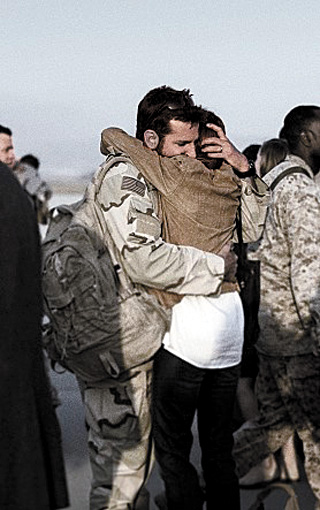 Based on the true story of a war hero, Chris Kyle, this guaranteed crowd-pleaser directed by Clint Eastwood depicts a solder’s life and the complicated emotions he feels as a husband, father and a human being.

Kyle signs up to become a Navy SEAL after the Sept. 11 attacks. Soon after, he meets Taya (Sienna Miller) and they get married. After a four-day honeymoon, Kyle leaves for Iraq to become a sniper.

He becomes a hero in the eyes of American allies in the war, and is known among enemies by the nickname the “Devil of Ramadi.”

Feeling a sense of duty to protect his fellow soldiers also leads to a strong sense of guilt as he kills his enemies. His wife complains that killing people in war is taking a negative toll on his life. His feelings become more complicated as he tries to balance his life.

Although war films usually focus on spine-tingling action scenes, the director instead aims to show how a soldier deals with the contradictions between his hometown and war.

Bradley Cooper of “Guardians of the Galaxy” and Sienna Miller of “G.I. Joe: The Rise Of Cobra” star in the title roles.