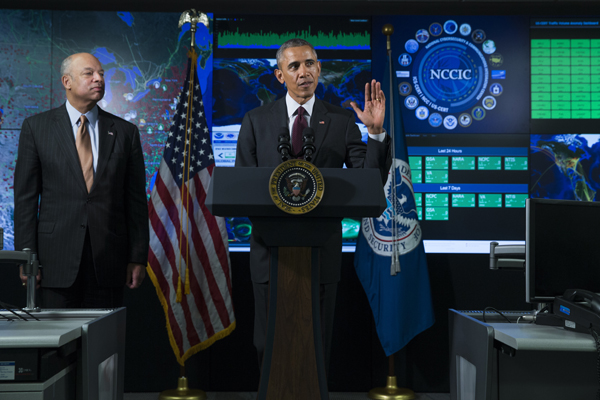 The United States said it will use new sanctions on North Korea to dry up the country’s resources by cutting off its few remaining links to the international financial system in retaliation for recent provocations, including the cyberattack on a U.S. movie company.

A senior U.S. Treasury official discussed Washington’s financial tools to counter the North Korean threats before lawmakers on Tuesday. U.S. authorities have blamed Pyongyang for hacking Sony Pictures over the movie “The Interview,” a comedy about an assassination attempt on North Korean leader Kim Jong-un.

The North has denied the hacking.

“As the United States confronts the destabilizing and destructive actions of the [North], [the] Treasury is employing its authorities to isolate North Korea from the international financial system,” Assistant Secretary Daniel Glaser told the U.S. House Foreign Affairs Committee as Congress calls for stiffer action. “[The] Treasury will continue to use its arsenal of financial measures to combat the cyber threat posed by the [North].”

Washington’s stance appeared reminiscent of its 2005 actions when it freezed the North Korean assets of Macau-based Banco Delta Asia. At the time, the Treasury took the action because the bank laundered money for the North. The $24 million freeze of North Korean assets was part of efforts to dry up resources for Pyongyang’s nuclear arms development.

On Tuesday, Glaser once again stressed the importance of coordinating measures with neighbors of the North.

“This is certainly the case in the context of the [North], which is much more dependent on regional actors than on the United States for its economic survival,” he said. “[The] Treasury has worked hard with our partners in the region to bring greater pressure to bear on the [North].”

Glaser said past sanctions had already discouraged “hundreds” of banks, including China’s major commercial banks, from doing business with North Korea and the new sanctions are intended to identify the remaining financial institutions that allow North Korea access to the global system, Reuters reported.

Sung Kim, the special representative for North Korea policy from the State Department, told lawmakers that Washington will step up its pressure.

“We are under no illusions about the [North’s] willingness to abandon its illicit weapons, provocations and human rights abuses on its own,” he said. “We will apply pressure both multilaterally and unilaterally to increase the costs to the [North] of its destructive policy choices.”

Kim also said Washington will seek cooperation with Beijing, noting that he will be visiting Beijing this month. China’s unconditional support for the North has weakened over recent years.

Since the United States has almost no economic exchanges with the North, cooperation from China, the largest supporter of Pyongyang, is critical. The North accesses the global financial system mainly through banks operated in China.

Lawmakers including Rep. Ed Royce, chairman of the House Foreign Relations Committee, said more action is needed. “We need to step up and target those financial institutions in Asia and beyond that are supporting the brutal and dangerous North Korean regime,” Royce said.

The committee’s top Democrat, Rep. Eliot Engel, said the sanctions must stop Kim and his family from accessing the international financial system. “The bottom line is, there needs to be an impact on the family that runs the country,” Engel said.