$10 million in earnings a chip shot for Park

$10 million in earnings a chip shot for Park 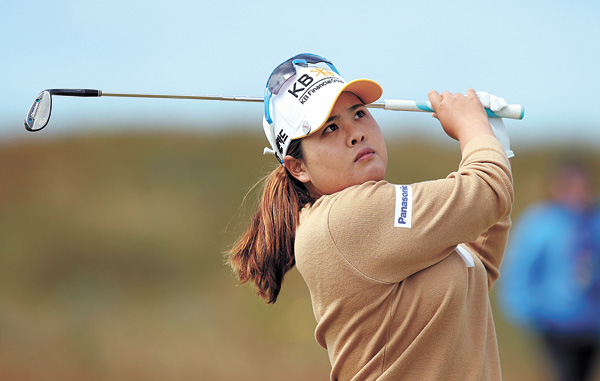 Park In-bee, the top-ranked female golfer in the world, is about to join the LPGA Tour’s $10 million club.

Park has earned more than $2.2 million in each of the past three years.

The 2015 LPGA Tour starts with the Coates Golf Championship on Jan. 29 in Ocala, Florida. The four-day event offers $15 million in prize money, with the winner taking home $225,000.

That would not be unusual, as she finished fourth or higher in eight of 10 recent tournaments.

It will be the first time she has competed in the LPGA’s season-opening tournament, as she historically has not competed in January.

“I’m planning to start early this year to try to get used to the tour as soon as possible,” she said.

After participating in the first two LPGA tournaments, Park plans to skip the third and return for the Honda LPGA Thailand on Feb. 26 at Siam Country Club in Chonburi.

Reaching the eight-digit level in prize money may sound amazing enough, but Park has set a higher goal for herself this season: achieving the Career Grand Slam by winning the British Open in July or the Evian Championship in September. 