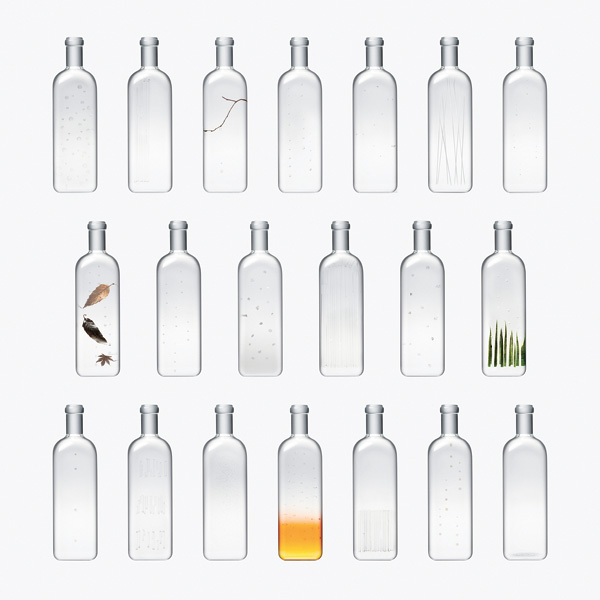 Rain Bottles by Japanese design house Nendo.The founder of Nendo, Oki Sato, was recently named Maison & Objet Paris’s first-ever Designer of the Year. The January 2015 edition of the fair will start next week. The trade show will announce the Designer of the Year annually from now on.

In celebration of its 20th anniversary, Maison & Objet Paris, one of the world’s most important fairs for interior and living design, has become more active in embracing and linking the design cultures of various parts of the globe.

It even recently named Japan’s Oki Sato as its first-ever designer of the year.

Sato, the founder of Tokyo-based design house Nendo, is famous for not only recreating traditional and simple Japanese design, but also freely fusing it with humor and Scandinavian touches.

Nendo’s work will be on display during the 2015 edition of Maison & Objet Paris, which begins on Jan. 23 and runs through Jan. 27 at Parc des Expositions Nord Villepinte, Paris.

Seven Korean design studios and the nation’s state-run Korea Craft and Design Foundation will participate in the event.

These brands include ALIFE, which will present fashion accessories; IK & SK, which focuses on interior goods for kids; and ZEUP Design Studio, well known for its pens that look like long green leaves and other stationery.

The Korea Craft and Design Foundation will also introduce pieces by nine Korean or Korea-based craftsmen in a booth at the trade show. 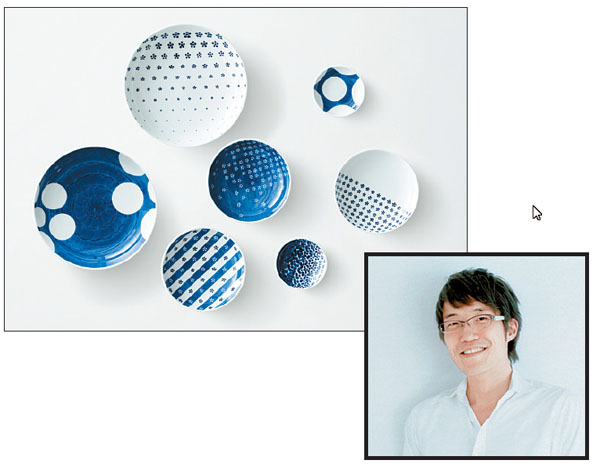 The Korean participants will aim to attract viewers and buyers at a time when Asia’s influence on the large global interior and living design market is strengthening.

The importance of the continent can be seen not only from the fact that Maison & Objet’s first designer of the year is Japanese, but also because it launched its own Asian edition last year. 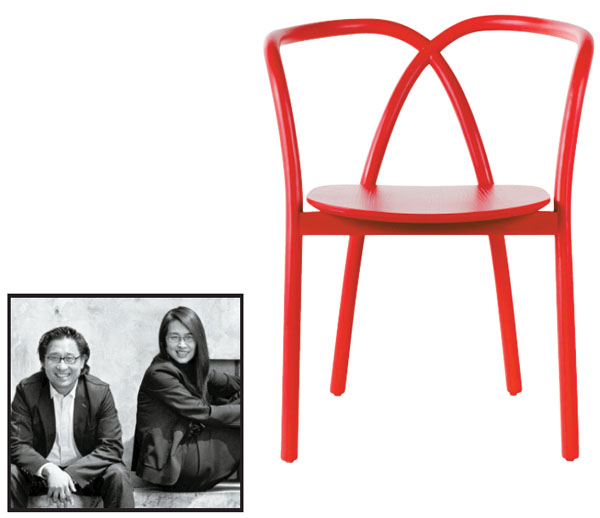 Maison & Objet Asia’s Designer of the Year is Shanghai-based Neri & Hu, left, which focuses on furniture and architecture.

The second Maison & Objet Asia, held annually in Singapore, will run from March 10 to 13.

The organizers also named its Asian version’s first designer of the year: the duo Lyndon Neri and Rosanna Hu, co-founders of architecture and interior design studio Neri & Hu, based in Shanghai.

“For Maison & Objet Asia, the designer selected is a renowned personality in the world of Asian creation representing the incredible richness and diversity of this vast area, which is becoming a major player in design creation and innovation, architecture and interior architecture,” Maison & Objet’s organizers explained in a press release.

Maison & Objet Americas will also be launched this year. It will be held annually in Miami Beach, Florida.

The Korea Craft and Design Foundation will introduce pieces by nine Korean or Korea-based craftsmen in a booth at Maison & Objet Paris next week. They include salad servers by metal craftsman Ahn Dae-hun, left, and white porcelain vessels by ceramist Jiang Xuezi. Provided by the foundation

“The year 2015 sees a new chapter for Maison & Objet,” the organizers said in a press release. “To mark this occasion, it was decided that from now on each Maison & Objet fair, both in Paris and abroad, would have a Designer of the Year, that is four personalities per year.”

These two designers must fit within the profile of each of the Paris shows, according to the fair, with a more “product design-oriented profile” being chosen in January and a designer that is more closely related to the category of interior architecture or decor being picked for September.