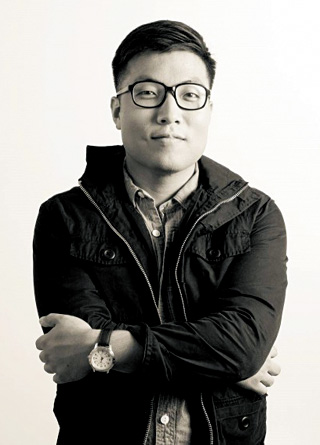 Sam Ock’s latest album may have a bible verse on the back of its cover, but the pop artist says that he does not purposely imbue his work with religion.

“Faith is more a part of my identity,” the Korean-American says, explaining that elements of his self - including his Christian faith - naturally seep into his music.

Having released “Grey” on Dec. 31, Ock has come to Korea to perform his first concert in Seoul on Saturday at Yes24 Muv Hall in Hongdae, northwestern Seoul.

The rising artist’s music is a mix of different genres. Differing from mainstream pop, Ock said he melds mellow hip-hop with softer melodies and a jazz style.

“‘Grey’ is an album for the person who has struggled much and is seeking to feel relieved or feel they are not alone,” Ock said.

Most of the lyrics on the 11-track record seem to deeply reflect his view of the world - a style that will continue to be present in the future, the artist explained.

“If I want to keep making music that’s real and a true expression of who I am, then what I believe and who I am will naturally come out in the music,” he said.

“Because of that, I don’t think the music I make in the future will ever be separate from my world view and how I feel. My biggest goal as an artist is to be authentic in my music creation.”

In terms of vocals, Ock transitions smoothly between singing and rapping without drawing a distinctive line. 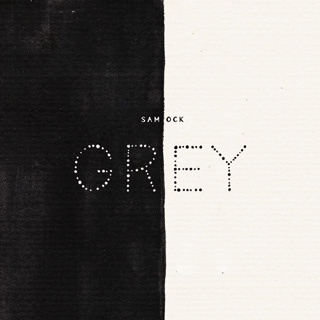 “I see rap as more of an instrument than a cultural art form. Because of that I treat it as such in my own music,” said Ock.

“I am very influenced by musicians who are able to fuse a lot of different elements together.”

“They all kind of shaped how I saw music and I started to kind of marry the elements of rap and singing into one form,” he said.

Such a “mellow hip-hop sound,” says Ock, is “quite rare in the American music scene.”

“In America, hip-hop is usually not as melodic,” Ock said. “There isn’t as much soft singing as in my music. It’s more of a hard genre.”

Ock’s work has especially appealed to the Japanese. In 2011, Ock debuted in Japan after an invitation to the country by a music label based there.

The singer-songwriter already had a large following on his YouTube channel Samuelock at the time.

“How it became more of a debut was because a record label in Japan wanted to license my music. I didn’t want to just give them a group of songs that were from wherever. I wanted to make some kind of package, or an album to give to them.”

That’s how Ock’s first album “Simple Steps” was created, which he says is a compilation of his previous songs and some new ones.

Other than his solo career, Ock is a part of the Christian music label AMP, which is based in his hometown in Maryland.

As the business started to grow, its members decided to form the company Good Fruit, which was established last year.

They hope it will help Ock’s solo music career take off.

“As much as I enjoy being a performing artist, my biggest passion is being a producer and creating music,” Ock said.