The Blue House on Thursday let go of one of its assistant secretaries who has become embroiled in a sprawling political scandal that has pitted key presidential aides against the ruling Saenuri Party leader, wasting no more than a day in relieving him of his duties.

Eum Jong-hwan, formerly an assistant secretary to the president for public relations and planning, tendered his resignation Wednesday in what many see was a hasty move to contain a new controversy building on current allegations against the presidential office.

With his exit, the Blue House appears prepared to quiet another outburst and ultimately dismiss growing suspicions surrounding the apparent distrust between Saenuri Chairman Kim Moo-sung and staff members in the presidential office. 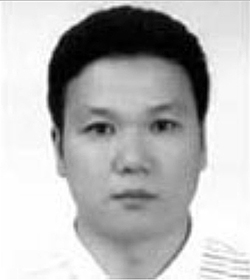 Though Eum did not hold a senior position at the presidential office, the aftermath of the photographed notepad has snowballed this week.

Eum was described in the leaked Blue House document as one of the 10 most influential secretaries to President Park.

Kim’s handwritten memo on Monday showed two initials, K and Y, as well as the names of five men working at the Blue House or within the Saenuri Party. The two initials were a reference to Kim himself and Yoo Seong-min, another prominent Saenuri lawmaker, who have both been accused by those within the Blue House of leaking the confidential report.

It also contained a quote by Eum, who is alleged to have said, “The masterminds behind the leaked report are K and Y. I will definitely expose them. There will be an announcement soon.”

With the Blue House doing damage control, the main opposition New Politics Alliance for Democracy (NPAD) lashed out on Thursday at the presidential office, lamenting that even a low-level secretary could disrupt national affairs by waging allegations against the ruling party chairman.

“The Blue House must reflect on these eroding work principles,” interim NPAD Chairman Moon Hee-sang said Thursday during a meeting with his Saenuri counterpart. “I even feel a sense of comradery with [Saenuri Chairman] Kim for the way he has been treated [by the presidential office].”

But while Eum has since denied the allegation that he suspected Kim and Representative Yoo of leaking the Blue House document, the latest controversy has nevertheless cast a spotlight over tensions between the 64-year-old Saenuri leader and the Blue House, which has long been suspicious of Kim’s long-term political objectives.

“Eum’s quick dismissal could be understood as a compromise between Kim and the Blue House as a way to avoid inflaming the conflict further,” said Yoon Hee-woong, an analyst at Min Consulting. “The latest incident [over Kim’s memo] confirms there is a deep sense of mistrust held by the Blue House toward Kim, to the extent that they suspect he was behind the document leak. The open rupture between the two could subside for the time being. But the relationship between the two is just like an active volcano that could erupt at any time.”

The tense relationship between Chairman Kim and President Park is no secret to political observers. Once a loyal aide to the 63-year-old president, Kim deviated from her circle when he openly objected to Park’s insistence on keeping an original plan to move Seoul’s administrative headquarters down to Sejong in 2009.

It was revealed to the press earlier this week that Kim wrote the memo after he was told by Lee Jun-seok, a former member of the ruling party’s emergency committee in 2012, that Eum believed the two Saenuri lawmakers were behind the leak of the presidential document.

The controversy ignited by the memo comes at a bad time for the Park administration, which needs the cooperation of the Saenuri to push ahead with its major policy directives.

Most ruling party lawmakers kept quiet about the issue Thursday, with one exception.

“It is not acceptable that a person working at the Blue House treats the ruling party chairman with such contempt,” Rep. Kim Sung-tae, the sole Saenuri lawmaker to speak on the matter, said in a radio interview with PBC. “Chairman Kim is trying to help President Park to achieve her policy goals. But if the Blue House looks at him with such suspicion, there is not much he can do.”