Davichi to give free hugs

Davichi to give free hugs 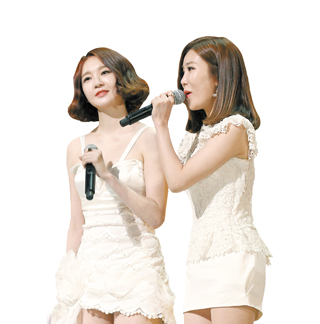 Female K-pop duo Davichi will give free hugs to fans on Tuesday ahead of the release of its new album, according to their agency CJ E&M.

The time and venue have not been decided yet but more information will be uploaded onto the duo’s official Facebook page.

“The free hug event is the idea of Davichi because they wanted to thank their fans who have been supporting them over the past eight years,” CJ E&M said in a press release on Sunday.

The duo will release its new digital single album entitled “Hug” on Jan. 21.

The new album has five tracks, three of which were composed and written by the two members, Lee Hae-ri and Kang Min-kyung.

The two also recently shot the music video for “Hug” in Budapest, Hungary.

The last single Davichi released was for the drama series “It’s Okay, That’s Love” in August. It was popular among music and drama fans for its melody.

Davichi, formed in 2008, is one of just a few female duos in K-pop and the two members are praised for their powerful vocals.