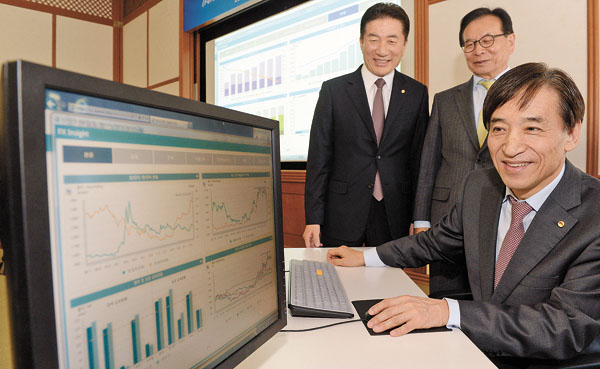 Bank of Korea Governor Lee Ju-yeol said Monday there are still risks in the global economy and Korea’s economy could be impacted.

“Through two global financial crises in the past, we saw an external impact spread through currency markets and cause grave concern in the local economy,” Lee said. “With the new system, we should find and recognize that kind of movement early and make proper reactions.”

The BOK first established its FEIS in April 1999 after the Asian financial crisis. This is the first upgrade.

In the new system, statistics from 818 financial companies and data from the International Monetary Fund, World Bank and Bank for International Settlement are gathered.