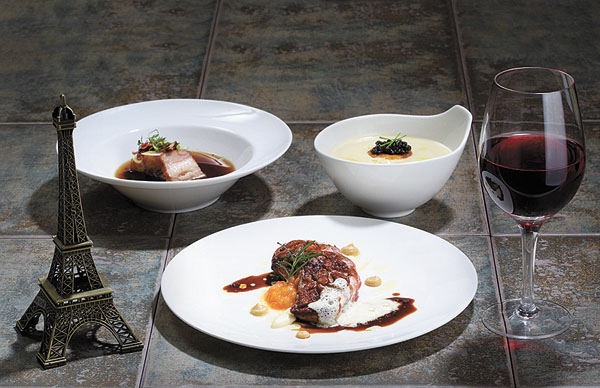 Until Jan. 31: Restaurant 8, located in the East Tower lobby of the Grand Hyatt Incheon, has launched its Restaurant 8 Journey promotion, a yearlong journey with a focus on a different cuisine each month. In January it presents French cuisine with a five-course gourmet dinner featuring the most luxurious ingredients from Europe, including caviar, truffles and foie gras, paired with fine wines from France.

The menu is available at 66,000 won ($61) for lunch and 88,000 won for dinner Mondays through Fridays. A monthly lucky draw will be held for all guests who participate.

From tomorrow until Feb. 17: Lotte Hotel Seoul’s Delica-Hans bakery is presenting elegant gift sets just in time for the Lunar New Year. The special meat sets are especially popular. The Premium Korean Beef Set, ranging from 400,000 won to 800,000 won, features 1++ grade certified organic Korean beef from Jangheung, Chonnam, grown with no antibiotics. The Rack of Lamb Set, priced at 300,000 won, is popular for its delicate flavors and low calories, while the Value Beef Set for 260,000 won is composed of Australian rib-eye roll and LA-style beef ribs. The Gisoondo Premium Soy Sauce Set and Gisoondo Premium Chili Pepper Paste Set, both priced at 170,000 won, bring you traditional Korean sauces carefully prepared by traditional Korean food master Gi Soon-do based on 360-year-old recipes handed down in the family for 10 generations. The Han Chun Sang Ilmi Crab Set for 250,000 won is raw crab marinated in soy sauce, prepared by a master of 36 years.

Until Feb. 22: The Park Hyatt Seoul presents the Suite Temptation package in the Diplomatic Suite, which is famous for its breathtaking city views, huge size and the high-quality amenities. The room has a Bang & Olufsen stereo system, which is well known for its superior quality of sound, making a perfect setting for a gathering. A complimentary buffet-style breakfast for two people at Cornerstone is included, along with complimentary access to the swimming pool, fitness studio and sauna.

The price is subject to 10 percent government tax. No service charge applies. The package price does not apply on Feb. 14. 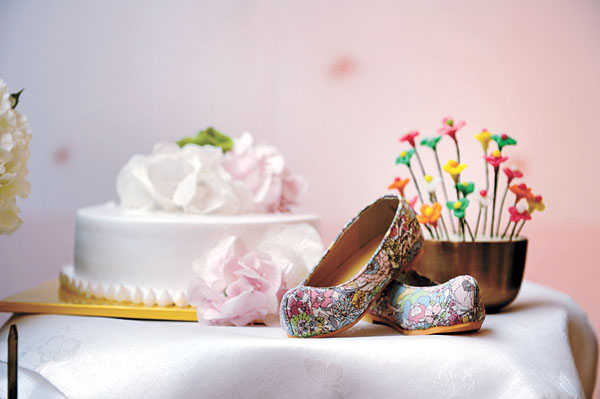 Until Feb. 28: To celebrate its first anniversary, JW Marriott Dongdaemun Square Seoul will be offering a modern take on Korean traditions with its promotion of “Very Special Doljanchi,” which translates to “first birthday party,” at Tavolo 24, the hotel’s buffet restaurant. Those who make a reservation before Feb. 28 will receive a complimentary party table valued at 500,000 won. The JW Marriott Dongdaemun Square Seoul is accepting reservations for parties ranging in size from 15 to 20.

Until Feb. 28: Oakwood Premier Coex Center Seoul is offering its Pororo Package to families who are looking for a venue to enjoy time with their kids. The package includes a one-night stay in a room with two tickets to Pororo Lounge P, a cultural space that consists of the Art Cafe and Kids Play Zone in Coex Mall, or the Pororo Gift Box, which includes various Pororo toys. 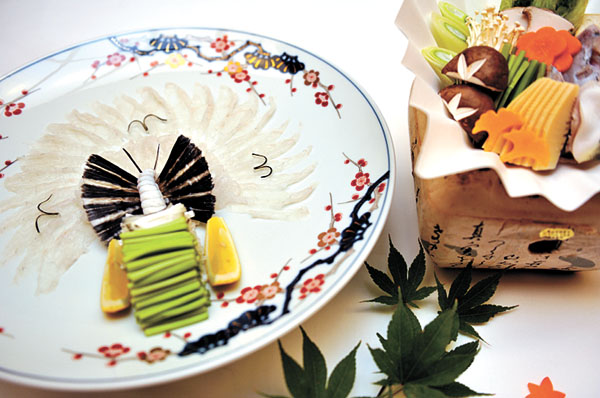 Oakwood Premier Coex Center is a fully furnished and equipped serviced residence and is conveniently connected near Coex Mall, which was recently renovated.

It is excellent for shopping, its Megabox movie theater, the aquarium, restaurants and provides great accessibility to a full range of cultural and leisure activities in Seoul.

Feb. 28: The Grand Hilton Seoul in Hongeun-dong is presenting a special promotion to celebrate the deadly but delicious puffer fish. Mitsumomo is offering set menus with the best quality tiger puffer fish from the clean waters of Tong-young Sea as well as yellow tail from Jeju Island.

Puffer fish is especially good for blood circulation and very effective for skin care, for both women and men.

Until Feb. 28: Make an ordinary day spectacular with dramatic paparazzi-style photographs that capture those special moments.

A one-night stay in a Suite room and breakfast for two at the Premier Lounge or at the Square is included.

Sparkling wine and a chocolate cookie set will be provided along with a gift certificate for a photo shoot with a professional photographer and a 50 percent discount certificate for hair and makeup services at Marie’s Garden.

The Sweet Paparazzi Package is priced at 429,000 won, excluding tax.

*Information is provided by the hotels