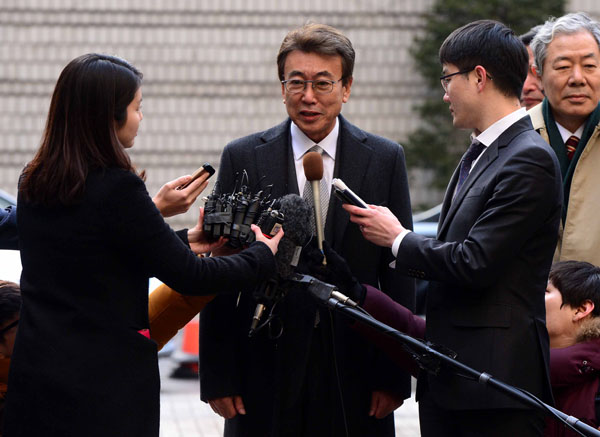 Chung Yoon-hoi, a former aide to President Park Geun-hye, answers reporters’ questions on his way to attend the trial of Tatsuya Kato, the former Seoul editor of the Japanese Sankei Shimbun. The journalist is standing trial on charges that he defamed Park when he reported that she and Chung met in secret on the day the Sewol sank. Chung said he has never met with the president since 2007. [NEWSIS]