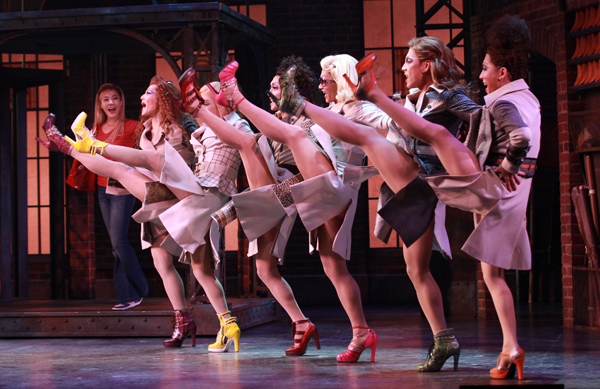 A Korean production of the top-ranking Broadway musical “Kinky Boots” is being staged at Chungmu Art Hall in central Seoul. See THEATER, below. Provided by the organizer 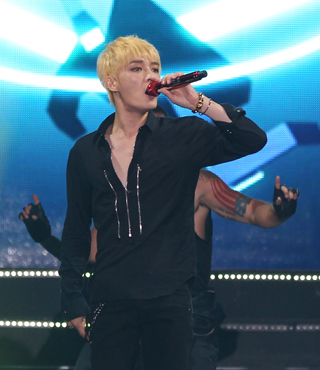 Jan. 26: Korean Wave star Kim Jae-joong is holding a concert to celebrate his birthday. The former JYJ member will show off his mature voice with his diverse performance.

Saturday and Sunday: The Vienna Boys Choir, one of the most popular boys’ choirs in the world, is returning to Seoul to celebrate the New Year. The choir is more than 520 years old and has about 100 singers who are all between the ages of 10 and 14.

Despite its long history, the choir plays pop songs including tunes by The Beatles and Madonna, as well as classical music.

Feb. 13 and 14: Popular young musicians are gathering together to celebrate Valentine’s Day, including Glen Check, Verbal Jint with Phantom, 10cm and Sweet Sorrow.

To Feb. 14: Singer Lee Ji-hyeong will invite guest artists to his concert “The Home,” one of which will be randomly picked from a selection of 24 musicians to perform with him.

Jan. 30 and 31: After a successful year, K-pop girl group Apink is holding its first concert since debuting in 2011.

The group swept the top of the music charts with “Luv” and “Mr. Chu” this year and has won 19 awards.

Feb. 4: Michael Buble, a four-time winner of the Best Traditional Pop Vocal Album award at the Grammy Awards, will hold an exciting concert in Seoul.

The talented singer-songwriter has penned hits such as “Home,” “Everything” and “Haven’t Met You Yet.”

Now, Perri is coming to Korea exclusively for a concert for the first time.

April 2 to 4: Through the project Toy, composed of You Hee-yeol and special guest vocalist Sung Si-kyung, the singer is holding a concert to celebrate his newly released album, which swept the top music charts with its recent songs without any promotional appearances on television. 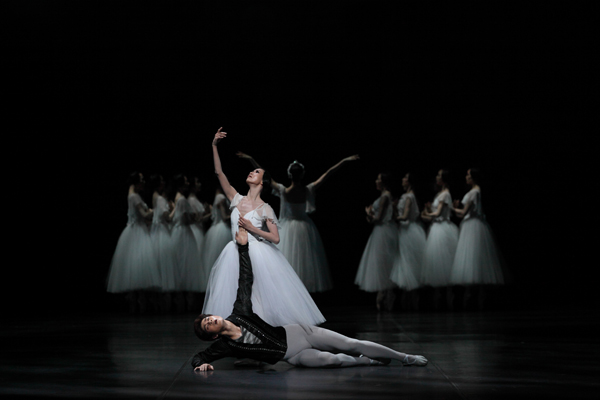 March 26 to 29: One of ballet world’s signature performances, “Giselle,” is being staged by the Korean National Ballet. The story is about a country girl named Giselle who falls in love with a man but dies of a broken heart after she finds out he is engaged to another girl. The popular performance has been loved internationally since its premiere in 1841.

Friday to Mar. 29: The German musical “Robin Hood,” which launched in 2005, will be staged in Korea for the first time.

Esteemed actors Um Ki-joon and Yoo Jun-sang will alternate in the role of Robin Hood while K-pop idols Kyu-hyun of Super Junior and Yang Yo-sup of Beast will take on the lead role, Prince Phillip.

To Jan. 31: Presented as a pure sexual fantasy for women, “Mr. Show” is a performance by eight handsome men under the direction of Kolleen Park. In this R-rated show, which is off-limits to men, the performers are clothed in various outfits - from dress suits to underwear. The agency behind the performance said it planned to produce “Mr. Show” because today’s Korean women need a place to release their stress.

Shows start at 8 p.m. on weekdays and 2 p.m. and 7 p.m. on weekends and public holidays. There are no performances on Mondays.

To Feb. 15: The French musical version of legendary historical romance film “Gone With the Wind,” based on Margaret Mitchell’s Pulitzer-winning novel, is currently being staged in Seoul with a Korean cast. Lead Scarlett O’Hara is played by Bada, a former member of girl group S.E.S. She will alternate the role with Girls’ Generation member Seohyun.

To Feb. 22: Top-ranking Broadway musical “Kinky Boots” is coming to Korea for the first time. The performance received six Tony Awards in 2013 and won a Grammy for best musical album in 2014. The show is based on the true story of Charlie, who took over a failing shoe-making company owned by his father. He hopes to make it a huge success again by creating high heels for men. Pop diva Cyndi Lauper wrote and composed the songs for the musical, which will be reinterpreted in Seoul by Korean performers.

To March 8: The Tony Award-winning play is returning with a stunning cast that includes renowned singer Lee Ji-hoon. The show unfolds in Paris when Jean-Michel, the son of a gay couple named Georges and Albin, is trying to marry Anne, the daughter of an extreme conservative.