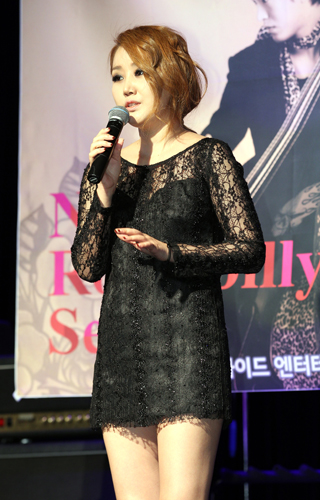 Two more singers decided to join the third season of “I Am a Singer.”

So Chan-hwi, below, and Ha Dong-kyun are new additions to the third season of the show, MBC said Monday.

Although the two have been away from music for a while, they were much loved in the 1990s.

So Chan-hwi, who recently appeared in the “Totoga” episode for reality TV show “Infinite Challenge,” is well known for her high-pitched voice, while Ha rarely appears on TV shows.

The reality TV show in which professional singers compete against one another first began in 2011 and music fans have continued to rediscover singers of the past as the show goes on.

Other singers such as Park Jung-hyun, also known as Lena Park, and Hyolin, a member of girl group Sistar, have already decided to be part of the third season.

MBC will shoot the first episode of the third season on Jan. 21 and the full lineup will be unveiled the same day.

The new season will air at the end of this month.