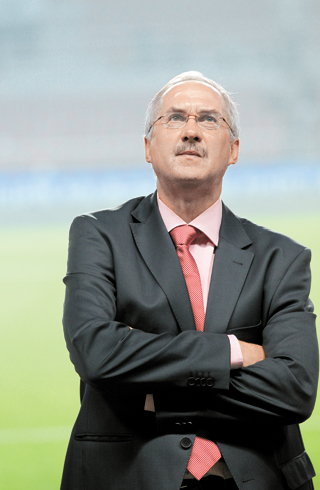 When the Korean national football team defeated Australia 1-0 in the last Group A match of the Asian Cup on Saturday, one of the most frequently searched terms online was “swamp football,” referring to the Taegeuk Warriors’ playing style during this tournament.

Korea topped the group and advanced to the quarterfinals with only three goals, one in each match. After beating both Oman and Kuwait 1-0, South Korea then pushed the favorite and host country Australia down to second place with another 1-0 win.

The fan who claims he was the first one to use “swamp football” to describe the style of play said in an interview, “I used the name because both strong and weak teams foundered as if they fell into a swamp and ended up losing in the end.”

Another fan said, “Swamp football is football in which South Korea scores the first goal, makes the opponent waste time meaninglessly, and then the goalie suddenly turns into Manuel Neuer when the opponent wakes up and gets some critical chances on goal in the second half.”

Some other fans also described the team’s style as “mud-taka,” named after the Spanish style “tiki-taka.”

Manager Uli Stielike would prefer a 2-1 win to show the team can play aggressively and maintain possession of the ball. But analysts said “swamp football” was the manager’s only choice after Lee Chung-yong and Koo Ja-cheol had to leave the tournament due to injuries, and Son Heung-min and goalie Kim Jin-hyeon could not play because they were sick.

When asked if he’s aiming to win all the remaining Asian Cup games 1-0, the German manager joked, “I hope we win one 2-0, at least.”

Fans and experts are giving mixed reviews of the team’s tactics. Some say the Taegeuk Warriors are barely managing to win matches due to their poor performance, and some others insist that whichever team wins the match is stronger. Koo said after the last match, “A strong team is not the team that plays well, but the one that wins.”

SBS commentator Park Moon-seong said after the Australia match, “Korea has been winning matches even against weak teams by a narrow margin. The team still lacks a clear playing style and stability. One precondition of a strong team is the ability to show what they have prepared for and perform well for 90 minutes.”

But KBS commentator Han Jun-hee said, “Stielike took over the team only four months ago and they can’t be perfect both in offense and defense. The manager chose a realistic solution to achieve the best result. He will possibly need it for the rest of the tournament.”

That was probably the reason South Korea was able to beat Australia, which netted eight goals in the two previous group matches. South Korea trailed behind the Socceroos for number of shots on target, ball possession, passing success rate and number of passes, but the defense managed to keep the lead after Lee Jung-hyup’s goal in the 32nd.

The national team arrived in Melbourne on Sunday and is currently preparing for its quarterfinals match against Uzbekistan on Thursday. Forward Sardor Rashidov of FC Bunyodkor - the Central Asian country’s domestic team - is considered a key player and has scored two goals in the country’s group match against Saudi Arabia.

“We lost to Korea in 2012 in the qualification for the 2014 World Cup, but we are going to win this time,” said Uzbekistan’s manager, Mirjalol Qosimov.