After the success of “Frozen,” Disney is releasing robot movie “Big Hero 6,” its first collaboration with Marvel Entertainment after acquiring the company.

The story unfolds in San Fransokyo, an imaginary city combined features of San Francisco and Tokyo.

When Tadashi invites Hiro to see him at university, Hiro meets Baymax, who will later help him protect the city in an epic adventure.

“Big Hero 6” has had towering success in the United States since its release in November, proving that Disney is undergoing a second heyday these days. Reviewers are championing the movie for its mix of Disney’s storytelling and Marvel’s exciting action scenes.

With its humorous dialogue, Disney’s new action-adventure feature enchants both kids and adults. 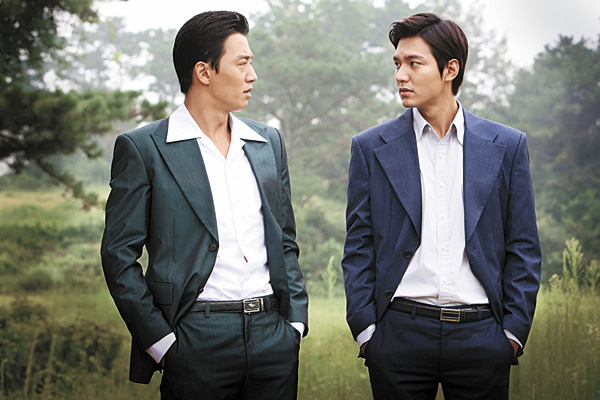 Director Yoo Ha of “Spirit of Jeet Keun Do: Once Upon a Time in High School” and “A Dirty Carnival” is renowned for his interest in southern Seoul’s Gangnam District.

“Gangnam Blues” is the finale of a trilogy set in the area that illustrates its history.

This is Lee’s first time taking on a leading role on the silver screen.

Jong-dae (Lee Min-ho) and Yong-ki (Kim Rae-won) look out for one another and depend on each other while growing up together in an orphanage.

However, they later become foes when they chose to work as gangsters in different crime rings to overcome poverty. For Jong-dae, living life as a gangster is game of survival that he feels he must play to live happily ever after with his loved ones.

But Yong-ki’s desire for the wealth keeps growing.

The gangs they belong to opt to work for opposing politicians in order to skim higher profits from the South Seoul Development Program, a project at the time that focused on renovating the Gangnam area, and the war between the two crime rings becomes extremely heated.

The story of the two young men who are swallowed up by the rapid changes of the times arouses nostalgia of the 1970s and stirs up diverse emotions such as desire, love and friendship.

Keanu Reeves of “The Matrix” is returning to cinemas with his new assassin film “John Wick.”

David Leitch and Chad Stahelski, who are well-known action choreographers, make a spectacular directorial debut with this film.

The story of John Wick (Keanu Reeves) unfolds in New York City. He spends a peaceful and ordinary life with his dog Daisy after retiring from his career as a notorious hitman.

Daisy, the last gift from his wife, Helen (Bridget Moynahan), before she passed away, is the only reason he can withstand his dreary days.

However, the tragedy begins when John meets a Russian gang at the gas station.

The group’s leader (played by Alfie Allen), who is also the son of the boss, tries to pressure John into selling him his old Mustang.

John refuses, however, and he tries to return home.

But the mob follows John and attacks him while he watches them kill Daisy. The incident ignites John’s unbearable anger, and he starts to plan his revenge on the gang.

The scenes of the film include dazzling action choreography, stylish visuals and well-harmonized music.

The action performance combined with Asian martial arts such as kung fu, jodo and jiu-jitsu received good reviews from audiences. 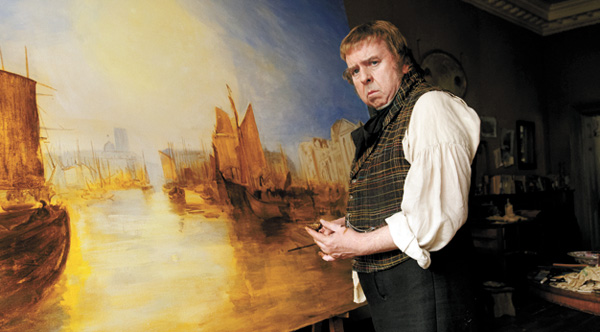 Director Mike Leigh of “Secrets And Lies” has received much acclaim for the cinematic quality of his films by winning the Palm d’Or.

This time, he illustrates a life of possibly the most famous English painter, William Turner.

Timothy Spall, who takes the title role in this film, gets set to team up with Leigh once again after they worked together on “Secrets.”

One of the most interesting points of the film is that it provides an opportunity to see the astonishing sceneries Turner loved and painted.


Viewers can experience Turner’s beautiful paintings and compare them to the landscapes seen throughout the movie.

The story is mainly about Turner’s last 25 years as a person who was a prominent painter of the time, a father and husband.

His life is also revealed through the eyes of the people who surround him in the film, especially his housekeeper, Hannah Danby (Dorothy Atkinson), who loves Turner.

Throughout the film, Turner struggles to find his unique style while he travels, spends time with the country’s aristocracy and visits brothels.

Spall won the award for Best Actor at the Cannes International Film Festival with the film. 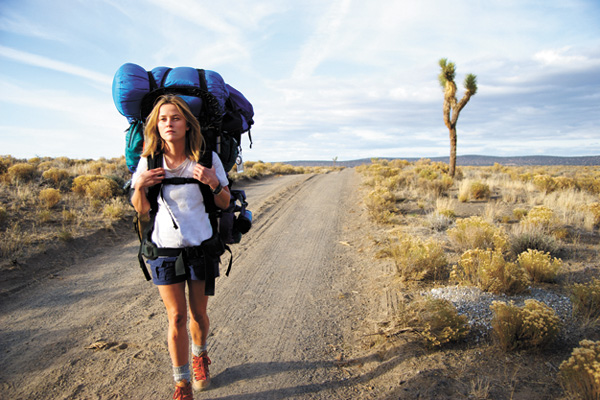 Based on biographical best-seller “The Wild: From Lost to Found on the Pacific Crest Trail” by Cheryl Strayed, director of “Dallas Buyers Club” Jean-Marc Vallee depicts the author’s epic journey in “Wild.”

Reese Witherspoon of “Walk the Line” takes the title role and is also a producer on the film.

Strayed had a despondent childhood because of her father’s abuse, but her mother was always there to protect her and her brother.

As a result, Strayed is devastated when her mother dies of cancer.

Soon, she becomes addicted to heroin and has an affair, resulting in her becoming divorced.

After a while, Strayed admits she needs to change her life and begins a journey trekking the Pacific Crest Trail from the Mojave Desert in California to Washington State.

Through the 4,825km (1,100 miles) hike along the trail, the director includes flashbacks of Strayed’s life prior to the events, which she feels that she needs to overcome.

“If your nerve deny you, go above your nerve,” the famous verse from a poem by Emily Dickinson is used often in the film, giving a clue about Strayed’s brand new life, what she dreams of and her potential to endure the long-winded journey.

The movie received positive reviews for Witherspoon’s performance and the director’s well-finished storytelling on its prior release in December in the United States.