‘Kill Me’ accused of copying ‘Hyde’

‘Kill Me’ accused of copying ‘Hyde’ 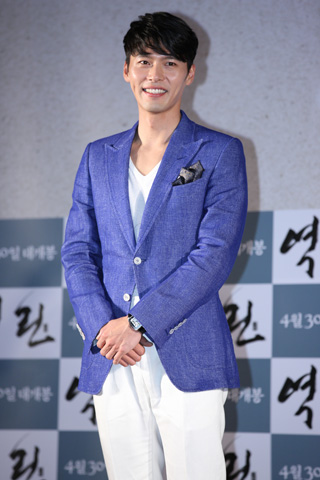 The original creator of the TV drama “Hyde, Jekyll, Me” accused the screenwriter of “Kill Me, Heal Me” on Wednesday of plagiarizing his work.

“I was the first to come up with a story about a woman who falls in love with a man who has multiple personalities,” Lee Chung-ho, the creator of the cartoon series the drama is based on, said on his Twitter account.

Lee also described that “Kill Me” was the result of “stealing.”

Both the Wednesday-Thursday drama series center on male protagonists who are suffering from multiple personality disorders.

Lee’s webtoon was first published in 2011.

“The planning stage for our drama series began about a year ago,” MBC, the broadcaster behind “Kill Me,” told the Korean news agency Edaily on Thursday.

“And last fall, we came to realize that there would be another drama similar to ours. That was when we heard about the webtoon series [of Lee].”

The production team of “Hyde” released a statement on Thursday that said Lee’s Twitter message is his own personal opinion and does not reflect the stance of the whole production team.

The first episode of “Hyde,” which aired Wednesday, has been greatly anticipated because it features actor Hyun.

The last drama Hyun starred in was “Secret Garden” in 2010.

It earned 8.6 percent of the nationwide viewership rating, slightly lower than “Kill Me, Heal Me” at 9.5 percent, which airs in the same time slot.