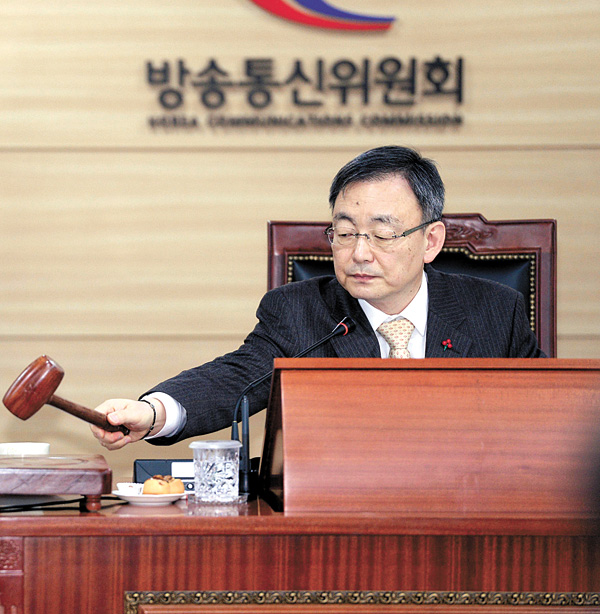 The Korea Communications Commission said it will report the local offices of Uber Korea to prosecutors for violating communications rules on using location data.

The KCC said Thursday Uber did not receive official permission from the government to provide location-tracking services on its ride-sharing app and also failed to inform the government of its business.

The KCC said Uber should have registered with the commission because its app provides GPS information of smartphone holders to Uber drivers.

Uber Korea faces up to 30 million won ($27,600) in fines or a jail term of up to three years if it’s found guilty of violating the act.

The KCC hasn’t finalized a court date but said it will select one as soon as possible.

“The KCC received a request to investigate the company from [the Seoul Metropolitan Government],” explained KCC Chairman Choi Sung-joon Thursday morning. “I think this morning’s decision was suitable, as the commission found that Uber failed to report their business to the government.”

Despite the lawsuit, Uber will not face an operation suspension until the prosecutors’ office completes the legal process, the KCC said.

Even if Uber files a belated registration form to the KCC, the company will still face legal consequences. But the KCC said the possibilities are open for Uber to continue their services in the future.

“Even if Uber Korea registers with us, having illegally started a business in Korea without registration still applies,” he said. “Under current law, the KCC can give permission if the business data provided is acceptable even if the company was previously punished for unregistered operation.”

Since Uber launched its Korean service in August 2013, the Seoul city government has regarded its services as illegal and has said it may ban the application for providing unsafe services and unfairly competing against licensed taxis.

The KCC acknowledged that Uber is legally operating in Incheon in association with several licensed taxi companies.

San Francisco-based Uber is confronted with legal challenges as it expands in Asia amid mounting protests from taxi operators. Chief Executive Officer Travis Kalanick was indicted in Korea in December for violation of transportation laws stating that only licensed cabs may be used for taxi services.