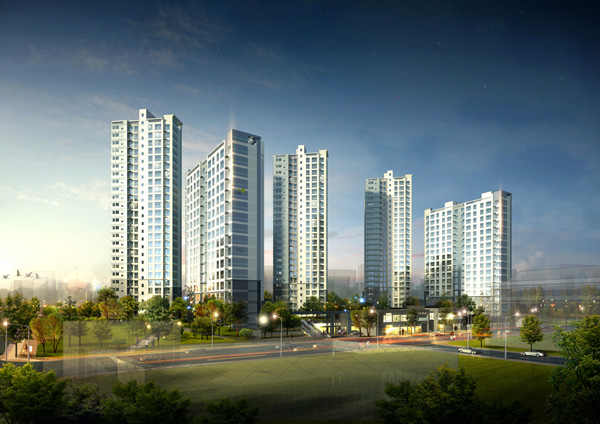 Questions are mounting about the government’s plan to subsidize leases of public land for private companies to build rental apartments for the middle class.

The program is dubbed New Stay. 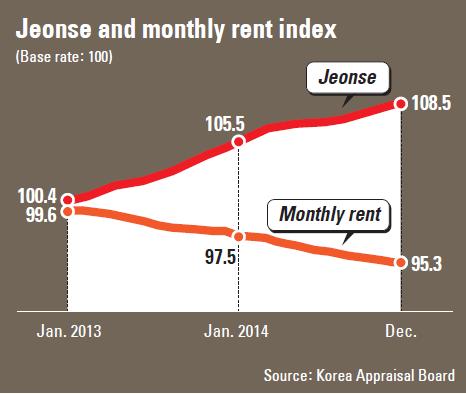 Apartments for rent being built by Samsung C&T, for example, will be named Raemian Stay to signify that they are for rent by private companies.

The government will require the companies to act as landlords for those rental units for at least the first eight years. After that, they can be put up for sale. 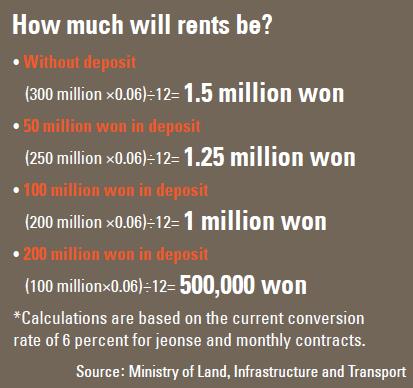 This is based on the Land Ministry’s calculation that the average monthly income of middle-class households is 5 million won. The ministry considers 20 percent of a person’s income to be an appropriate amount to spend on rent.

Will there be enough demand?


The government believes there will be sufficient demand. The new program targets those who can afford two-year contracts of 300 million won. There are a number of apartments whose monthly rents exceed 1 million won or more in the districts of Mapo, Gangnam and Yongsan. Among those living in high-priced houses on jeonse who rely on loans, the government expects that many would prefer repaying the loans and moving to New Stay houses. On the other hand, market analysts are negative about the demand. Many middle-class households have less than 2 million won in disposable income, excluding spending on children’s education and necessary living costs. Rent of 1 million won can be a significant burden for those middle-class households. Utility bills of 300,000 won also should be taken into account.


How will rents be calculated?


Private construction companies will determine rents for the first tenants, a significant difference from government-led rentals in which the government determines rents by considering nearby rents. Rents cannot go up more than 5 percent a year, so if builders increase rents to the maximum cost, the cost to tenants would rise significantly over eight years. Under a rental contract with terms of a 100 million won deposit and 1 million won in monthly rent the first year, the rent might climb to 1.99 million won in the seventh year if the deposit remains the same.


There are no specific eligibility criteria yet. Anyone can apply for New Stay apartments. Existing rental houses can be occupied only by people who don’t own any other house. Where competition for rental units is high, builders can choose tenants however they want. But the Land Ministry will issue guidelines for qualifications soon. It might ask builders to give preference to those who have no other house.


Like ordinary jeonse and monthly contracts, New Stay contracts will be renewed every two years. There is no need to stay for eight years, and tenants can freely move out if they notify the companies of their plans to do so three months in advance. After the first eight years, construction companies can choose to continue rentals or sell the units. But no preference will be given to previous tenants either for renting or purchasing.

Government-led rental units were limited to 85-square-meter apartments or smaller, but New Stay apartments will include some units as large as 135 square meters. High-end apartments with four or five rooms also will be available.


Can tenants take the apartments as collateral in case companies go bankrupt?

The government has scrapped the collateral provision, which allowed tenants to take ownership of their units if the owners could not return their deposits. The reason is because construction companies could not get loans for other projects if they owe money to tenants. But tenants are required to subscribe to insurance that guarantees the return of deposits, even if builders go belly up.

How many units will be supplied?

A total of 10,000 units will be available this year through real estate investment trusts. In Dongja-dong, Yongsan District, 567 units will be built; 520 units in Dohwa-dong, Mapo District; and 191 units in Gil-dong, Gangdong District. In the coming years, an estimated 30,000 additional units will be built on property owned by the Korea Land and Housing Corporation.


Will private builders actively participate in the government program?


The government believes many companies will take part due to incentives. The government will ease regulations on floor area ratios, provide land, offer cheaper loans and give tax breaks. The incentives are expected to help builders raise annual profitability by at least 3 percentage points. This will raise the profit ratio of rental businesses from the current 2 to 3 percent, to 5 to 6 percent a year. Daewoo E&C and other large construction companies are interested because they need new sources of profit amid the protracted downturn in the housing market.

Will the amenities be worse than in ordinary apartments?

The government is aware there is prejudice about housing provided by the state. So the government has decided to allow builders to offer ancillary services like laundry, meals and child care centers. New Stays will be an ideal model for middle-class housing. Households with two breadwinners will particularly benefit from the services. But New Stay apartment complexes will be relatively smaller compared to ordinary ones, making it difficult to create parks or additional facilities within complexes.