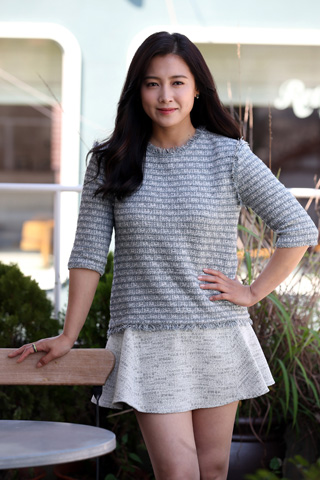 Actress Nam Sang-mi married on Saturday at a small church in Yangpyeong, Gyeonggi.

The wedding was restricted to family and close friends for the sake of her husband, who is an ordinary man running his own business.

For the actress’s wedding, close celebrity friends such as actor Ryu Seung-ryong and actress Lee Bo-young attended the ceremony.

Unlike other celebrities who often prefer to have a large-scale wedding, the actress reportedly wanted to have a small and humble wedding.

Prior to the marriage, Nam’s agency issued a press release to explain the actress’s plans for her wedding.

“The two were set up in 2013 by a mutual friend and came to develop a romantic relationship,” the agency said in the statement.

The agency added that Nam will keep pursuing her acting career after the wedding and also said that her home will be located in Yangpyeong, Gyeonggi.

In a past interview with a local entertainment show, Nam said she hopes to have four children if she ever married.