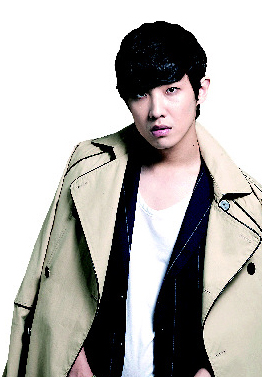 Lee Joon, the former member of the K-pop boy band Mblaq, has landed another drama role, according to his agency Prain TPC.

Only two months have passed since Lee finished his previous drama series, “Mr. Back,” but Lee has already begun shooting for his newest project, which is titled “Heard It as a Rumor.”

In the new Monday-Tuesday drama series, Lee plays the role of a high school boy whose name is Han In-sang.

In a video message uploaded to his official website by his agency Friday night, Lee introduced his character.

“Han is a model student and never causes any trouble, but he falls in love with a high school girl named Seo Bom-yi and he begins a confrontation with his parents,” Lee wrote.

Actress Go Ah-sung of “Elegant Lies” (2014) will pair up with Lee in the black comedy drama that will poke fun at jet-setters living in Korea.

Lee debuted in Mblaq in 2009, but he did not extend his contract as a member of the boy band recently because he wanted to focus more on his acting career.

Before Lee debuted as a professional singer, he flew to Hollywood and played the child version of Raizo, a lead character played by Korean singer-actor Rain, in “Ninja Assassin” (2009).

He has starred in many drama series, including “Mr. Back” and “Gap-dong” and received rave reviews from both critics and drama fans.