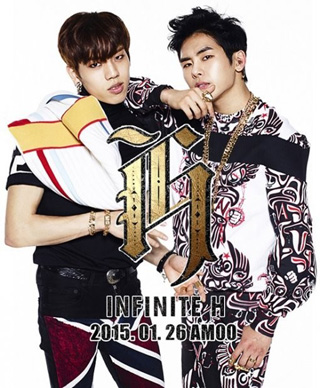 Including the title track “Pretty,” the second mini-album, released two years after the first, has seven tracks. Dongwoo and Hoya, two members of the group, participated in creating the title track, according to Woolim Entertainment, the agency of the hip-hop duo. Both members wrote the rap while Hoya co-composed the song with producer 9999.

“Pretty” candidly describes the feelings of a man who falls in love with his dream girl.

Unlike the other six tracks, which feature guest singers, “Pretty” features only Dongwoo and Hoya.

“They have been elaborating on the album over the past year by pairing up with Brand New Music,” said Woolim in a press release on Monday.

Brand New Music is a music label and entertainment company that represents famous rappers such as San-E and Verbal Jint.

Dongwoo and Hoya debuted in the music scene in 2010 as members of Infinite. Just like many other K-pop boy and girl groups that produce offshoots, Infinite H was designed to show a more serious side of the two hip-hop loving members.