Box office remains retro with ‘Gangnam’ at No. 1

Box office remains retro with ‘Gangnam’ at No. 1 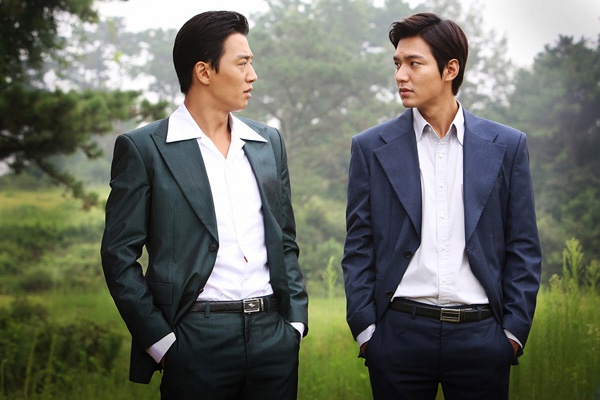 Retro fever lingered at the local box office over the weekend with Yoo Ha’s “Gangnam Blues” debuting at No. 1, according to the state-run Korean Film Council on Monday.

“Gangnam Blues” dethroned the controversial and long-reigning historical movie “Ode to My Father,” which traces Korea’s modern history after the 1950-53 war that split the peninsula.

The nostalgic mood is expected to be maintained by celebrity director Yoo’s latest noir film, which takes us back to the ’70s when the now-affluent southern area of Seoul was filled with farmland. It later underwent a major development plan, which is a vital part of the film’s plot.

Hallyu celebrity Lee Min-ho and accomplished actor Kim Rae-won star in the film as two ambitious youths who shared the same impoverished upbringing but end up betraying each other over the southern Seoul development project.

The movie is the final installment of the director’s “Gangnam” trilogy, which is filled with male stars demonstrating difficult stunts in southern Seoul.

It sold 709,602 tickets over the weekend, already achieving one million admissions within five days after its release.

Disney and Marvel’s first and much-anticipated collaboration “Big Hero 6,” featuring the “huggable” robot Baymax, was shortly behind “Gangnam.” It opened in second place with an audience of 662,068 over the weekend. Since its release on Jan. 21, the movie has attracted 839,257 moviegoers, making 6 billion won ($5.6 million) in Korea.

Young science prodigy Hiro and his marshmallow-like robot, which he inherits from his brother Teddy (voiced by Korean-American actor Daniel Henney), are joined by four others to save their imaginary city San Fransokyo from a scientific catastrophe.

Yoon’s “Ode to My Father” stepped down to the third spot with 512,743 ticket sales, adding up to a six-week total of 12 million admissions.

“Night at the Museum: Secret of the Tomb” showed a lackluster performance compared to its two previous installments by remaining at fifth place, garnering 177,720 cinemagoers.