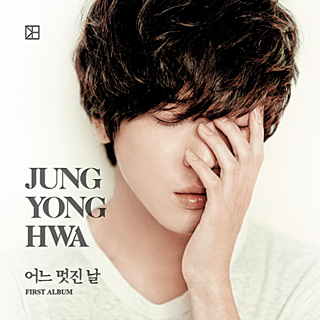 
As Jung Yong-hwa’s competency as a vocalist, musician and a songwriter has been proven as the frontman of boy band CNBlue, there are no surprises on his first solo album, “One Fine Day.”

But for those who want to enjoy the softer side of Jung’s voice, this record is a great pick.

And hard rock fans won’t be disappointed, either. There are enough songs on the 10-track album for fans of ballads or a stronger sound.

“Cruel Memories” and “Checkmate” are some of the strongest songs, which contain elements of rock, but don’t expect to hear that comprehensive band sound from his solo album.

Throughout “One Fine Day,” it sounds like Jung achieved everything he wanted musically, which was somewhat limited with his work as a band, and he did a pretty good job with it.