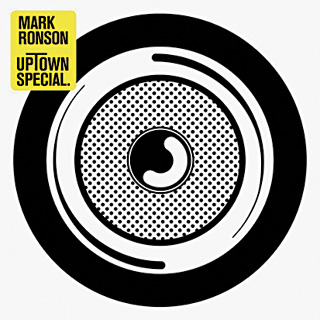 
Mark Ronson’s new album, “Uptown Special,’’ opens with such promising notes - Stevie Wonder’s harmonica, playing so soulful and slow that the listener can’t help but settle in, ready and waiting for what’s sure to be an exhilarating musical story.

Sadly, you’ll be kept waiting. That’s not to say there isn’t some good music on Ronson’s fourth effort, because there is. But “Uptown Special’’ feels chaotic, moving from sound to sound in a way that feels haphazard. The songs don’t hit the listener in a connected way, but as if Ronson just put together a bunch of tracks that sounded cool to him. That’s fine, but with a little more curation, the music might have been transcendent. The lead single, “Uptown Funk’’ with Bruno Mars, has taken over the charts with its catchy beat that almost dares you to stay still. “I Can’t Lose’’ is another one that gets your toes tapping, and “Leaving Los Feliz’’ has a sweet sway to it.

Grammy-winning Ronson, who has produced for top-notch acts from Amy Winehouse to Adele to Paul McCartney, has an obvious affinity for old-school sounds. It’s just not enough to make this album special. AP